The Asus ROG Mothership is more like an all-in-one PC that can be manoeuvred like a gaming notebook.

If you've heard of the line which goes "Think out of the box", Asus has just taken the meaning of that line to another level with the ROG Mothership GZ700 at CES 2019.

They are calling it a gaming laptop because it is portable and of dimensions similar to that of a gaming laptop, but otherwise, it's unlike anything you've seen before. When closed and sitting on a desk, one would be fooled into assuming that it's just another big and burly desktop replacement gaming laptop. But just wait until you deploy the Mothership. 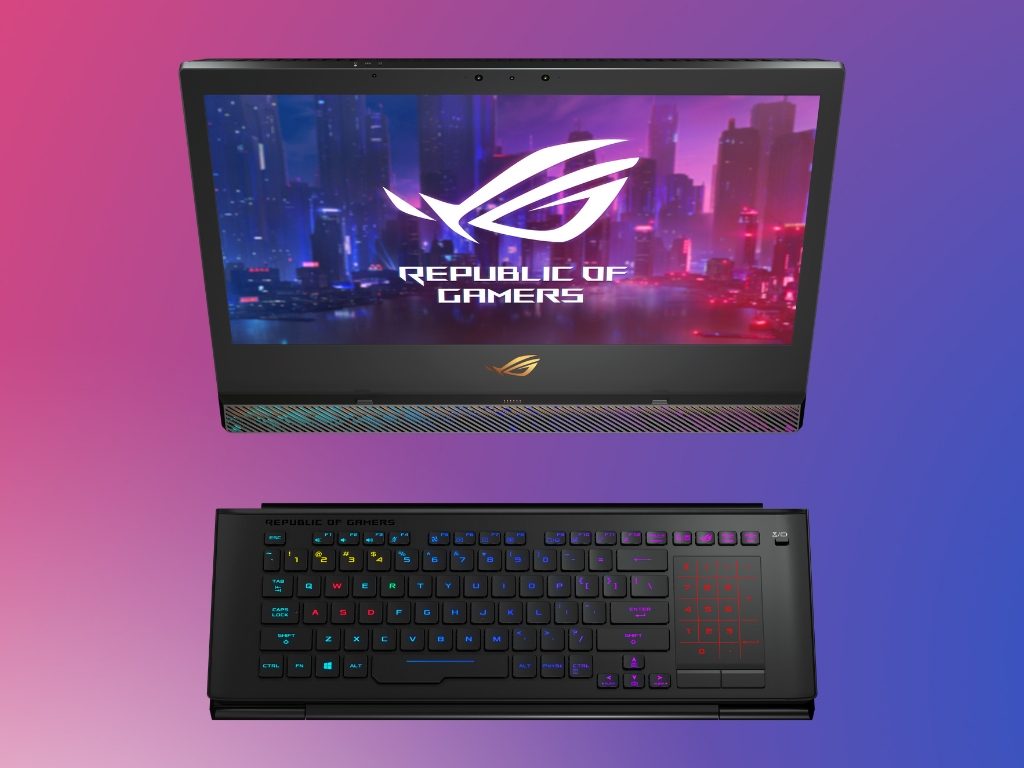 The keyboard on the Asus ROG Mothership can be detached completely. Image: Asus

You need to pick the device up and hold the body vertical and then press it to the table to see a kickstand pop out, letting you lean the display like a monitor. You then fold out the keyboard toward you, similar to how a Microsoft Surface Pro works. This is, of course, to help with airflow and not just to turn heads.

One can also detach and fold the keyboard, which connects over Wi-Fi or wire rather than high-latency Bluetooth. Folding it saves desk space and lets you move the keyboard around for more flexibility when it comes to movement.

When it comes to specifications, the Mothership can be kitted out to kill. The gaming device comes with a 17.3-inch Full HD IPS-level display with a 144 Hz refresh rate. Asus says that this is a 3ms GTG response time display featuring Nvidia G-Sync. Inside, this futuristic-looking device is powered by the new Nvidia GeForce RTX 2080 GPU and Intel Core i9-8950HK processor.

The Taiwanese company claims that better cooling allows the ROG Mothership to push the CPU and GPU beyond stock speeds and still sustain exceptional performance with demanding workloads. The factory overclocked core is complemented by a RAID 0 array with three NVMe SSDs.

Asus is also rolling out updates to many of its gaming laptops, most notably to add mobile RTX graphics and faster memory.