One thing that is common among all the phones is that all the Zenfone 5 variants sport a dual rear camera and a tall display. Asus CEO Jerry Chen only announced the starting price of the Asus Zenfone 5z for the base variant, which will start from €479 onwards and will start selling in June 2018. The Zenfone 5 Lite will be launching in March followed by the launch of the Zenfone 5 in April. One thing that is common among all the phones is that all the Zenfone 5 variants sport a dual rear camera and a tall display.

The Zenfone 5 Lite comes with four cameras on board and is targeted at the "lifestyle shutterbugs". There's a 20 MP front camera with a Sony IMX376 sensor which is paired with another 8 MP camera that has a 120-degree field of view. On the rear, there's a 16 MP camera which is also paired with another 8 MP camera with a 120-degree wide angle lens. Asus did not mention the resolution of the secondary cameras on the front and back. The dual camera is placed in the centre of the Zenfone 5 Lite on the rear side. The Zenfone 5 Lite will come with a 6-inch display with FHD+ (2160 x 1080 pixel) resolution and an 18:9 aspect ratio. Thanks to the tall display, you get an 80.3 percent screen to body ratio. It will be coming in the Moonlight White, Rouge Red and Midnight Black colour variants. It will also have a triple slot mechanism for two SIM cards and one microSD card.

There will be two variants of the Zenfone 5 Lite — one with a Qualcomm Snapdragon 630 SoC and the other with a Snapdragon 430 SoC. A 3,300 mAh battery will complete the package. The first thing that you immediately notice is the iPhone X like 'notch' which Asus claims is 26.2 percent smaller than the one on the iPhone X. It will come with a 12 MP + 8 MP dual rear cameras with f/1.8 and f/2.4 apertures and 1.4 micron pixel size.

The Asus Zenfone 5 is identical to the Zenfone 5z in terms of design but it has more mid-tier specifications. So you get a Qualcomm Snapdragon 636 SoC paired with 4 GB or 6 GB RAM and up to 64 GB storage. The battery life on both the Zenfone 5 and 5z is 3,300 mAh. It will be running Android 8.0 Oreo with ZenUI 5.0 atop it.

Face unlock and fingerprint unlock will be supported and you can also swipe down on the sensor to have a look at the systems menu and notifcations. But the hardware is just one aspect of the smartphones launched today. The Qualcomm AI Engine on the Snapdragon 845 is going to be put to use to deliver of a lot of on-device AI skills. Asus has implemented six AI-related features for the Zenfone 5z and Zenfone 5. These include: AI Camera, AI Display, AI Ringtone, AI Boost, AI Charging and AI Photo Learning.

AI Camera will focus on object recognition and to that effect, Asus has around 16 object presets. After recognising those objects, the "AI" will apply the necessary camera settings to help you get an optimal image. 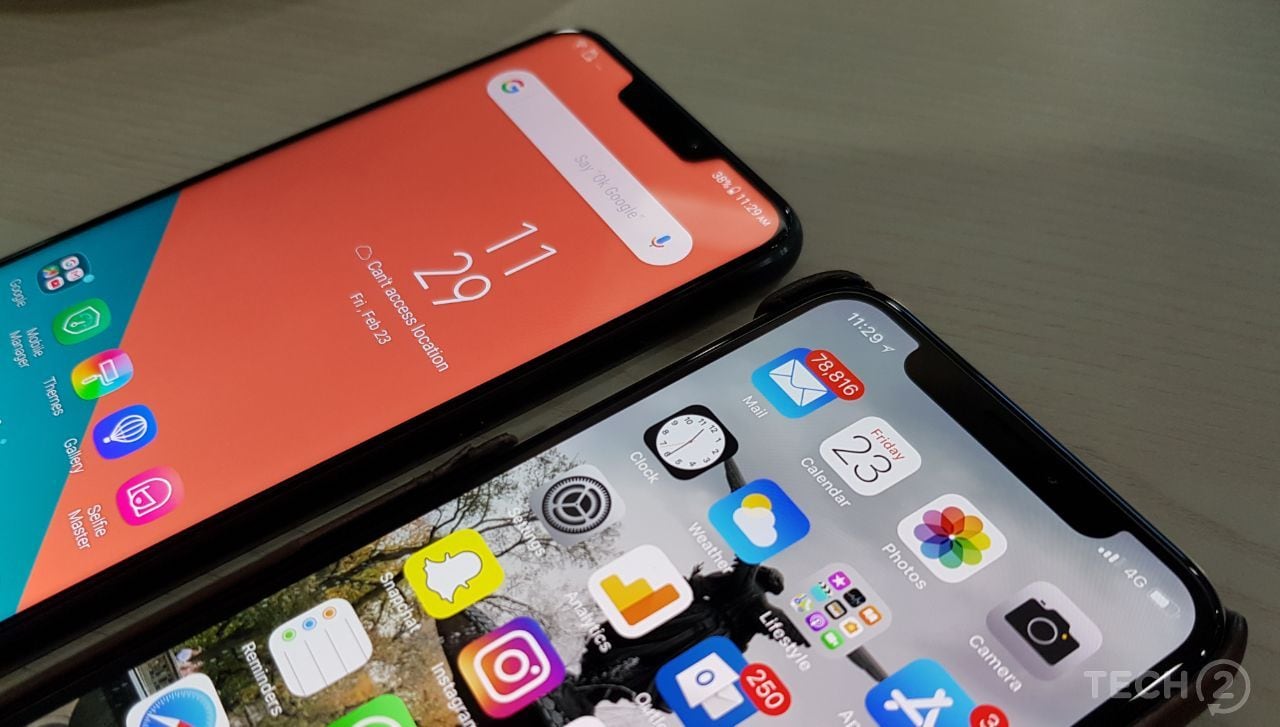 AI Ringtone ensures that you can hear your phone ringing irrespective of the ambient noise. The AI Ringtone feature adjusts the volume of the ringtone depending on the noise in your surroundings. So if you are in a noisy environment, the ringtone will ring louder as opposed to when you are in a quiet room.

AI Boost basically overclocks the processor clock speeds on certain apps, based on your usage pattern.

AI Charging feature ensures that your batteries don't overcharge. So for instance, if you have kept the charging on before you go to sleep, it will charge up to 80 percent and then hold the charge till you wake the device and then charge it from 80-100 percent.

The Zenfone 5 and 5z come with dual speakers which will be fitted with dual amps. Asus is also bundling its ZenEar S earphone which is Hi-Res audio compatible. For wireless audio, Asus Zenfone 5 and 5z have support for Qualcomm aptX, LDAC.

Another feature that has been copied from Apple is ZeniMoji. This works the same as the Apple Animoji, in the sense that you can animate emojis. You can also use Facebook AR effects on top of Zenimojis.

Asus ZenFone 5Z launch event: Where and how to watch the livestream