The ASUS 6z may be unique with its flip camera implementation but won't be easy to repair.

Over the past couple of years, we've seen smartphone manufacturers resort to different ways to create a phone with a more or less completely bezel-less screen.

Ranging from popup cameras to notches of several shapes and sizes to even punch-holes and dual screens. However, ASUS’ came up with a workaround of their own with the 6z, having a setup that flips the back camera up to face forward. It turns out, however, that the ASUS 6z has more surprises waiting inside, as JerryRigEverything shows us in a teardown of the phone.

According to JerryRigEverything aka YouTuber Zack Nelson, the device is built like other phones with glass and metal. It comes with a large glass panel at the back held on with lots of glue. 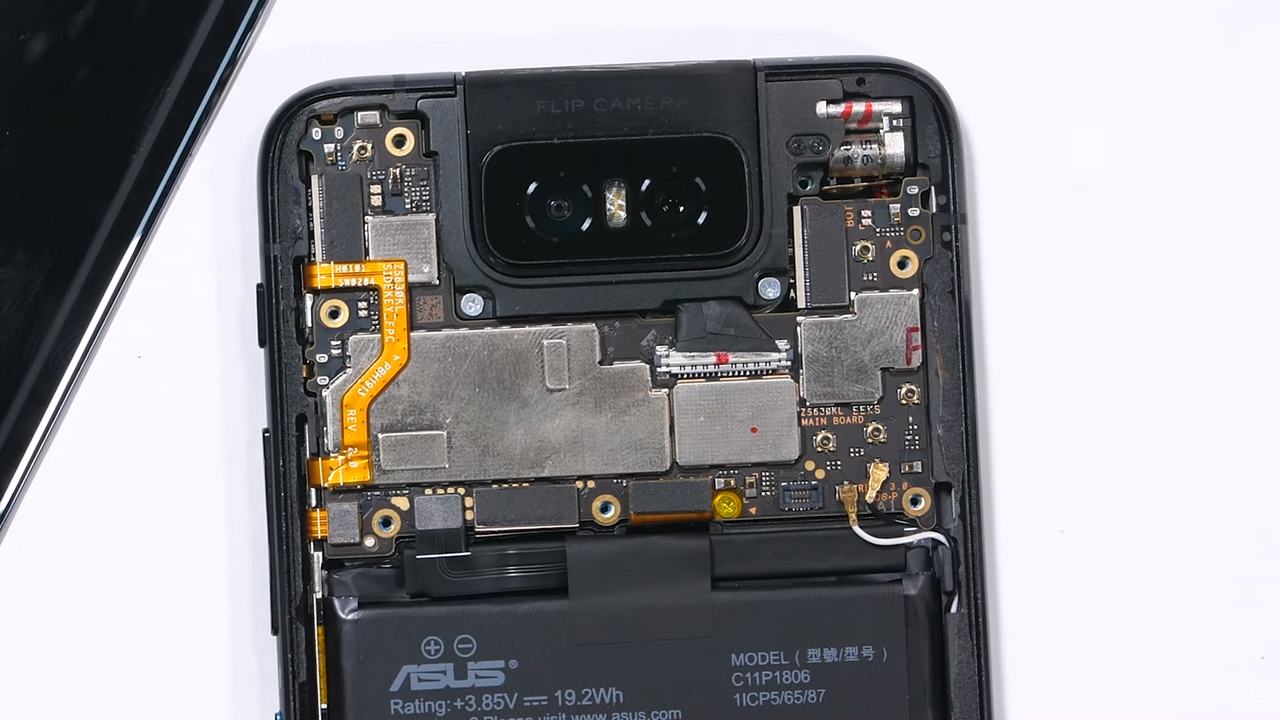 Asus 6z without the back panel. Image: YouTube/ JerryRigEverything

This phone doesn’t have an official water resistance rating and that may be solely because of the phone's unique flip camera. However, the phone isn't easy to take apart and open because of the presence of a strong, gooey adhesive. Opening the phone also appears to be a risky affair as the ribbon for the fingerprint scanner is attached to the back. It pops off easily though but you may want to watch out for the Google Assistant ribbon cable.

The battery, however, appears to be the simplest component to take out. While this may great for those repairing an ASUS 6z unit, it certainly isn't great when it comes to durability.

While the motor of the flipping camera is unique on its own, the two camera cables that connect the camera to the motherboards are also quite special. The cables seem to be wrapped in a durable material but are also attached by connectors which aren't really common and aren't very easy to reconnect. In turn, this means that pulling them out practically breaks the camera even though the phone still boots up in the end. 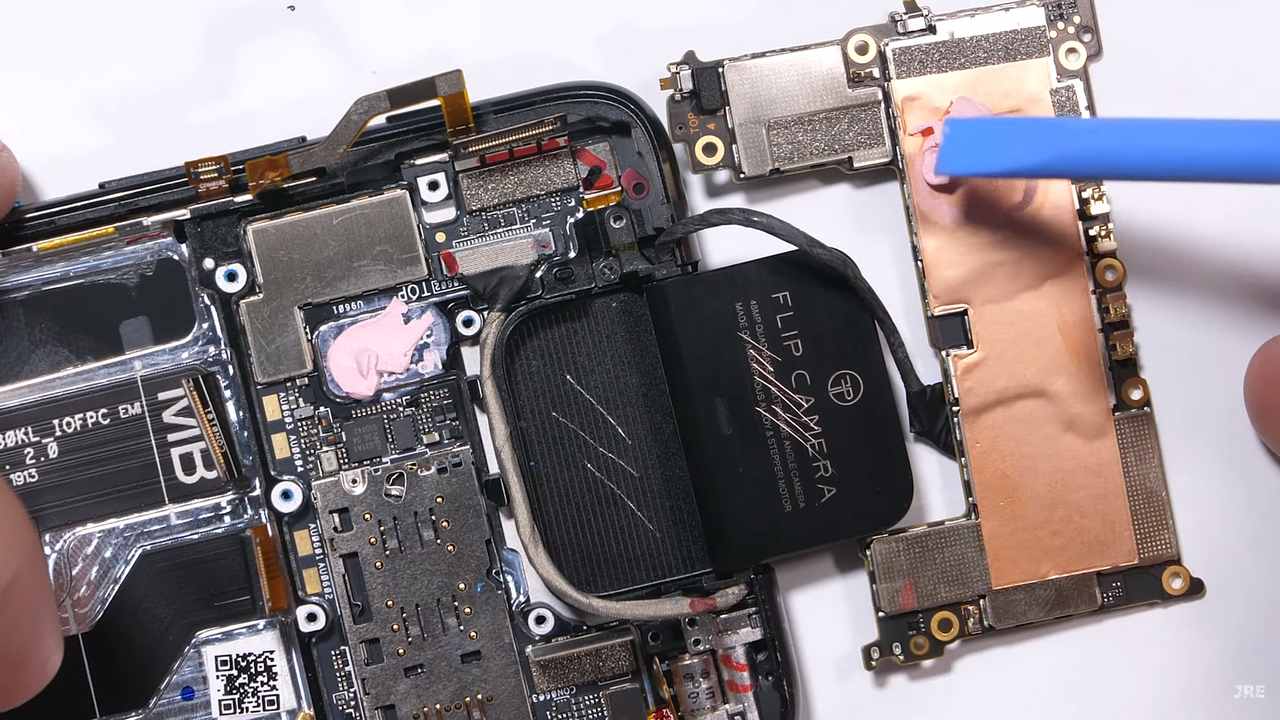 The YouTuber also talks about the odd design choice of having two motherboards with a thermal paste between them. He theorises that it will simply be transferring the heat back and forth between the two, which means that owner will have to probably try to be aware of the phone's temperature while pushing the flagship hard.

While the flip camera implementation may be unique, the key takeaway from the teardown is that while it may not be impossible to repair a broken ASUS 6z unit, it certainly will be extremely challenging.

Asus 6Z with 48 MP camera launched, will be available starting Rs 31,999 on Flipkart