It takes its own sweet time, but when it does unfold, Assassin's Creed Valhalla reveals itself to be a saga towering in scope and ambition. An epic drama with sprawling tales of family, destiny, honour and self-discovery, set in a brutal (yet gorgeous) world shaped by untold forces, large and small, imposing and concealed.

A couple of weeks ago I had briefly put down my initial, and not-so-charitable, impressions of the game. The biggest frustration then seemed to the sheer number of bugs and glitches that marred the whole experience. Playing on a PlayStation 4 Pro, I had mentioned how I would find it rather difficult to recommend that someone spend dozens of hours with this game. Now, having myself spent dozens of hours with it and a patch from the developers later, not only has the game grown on me immensely, but most of my earlier scepticism has been laid to rest. This, by no means, is to suggest that all the previously mentioned issues are resolved, but we’ll get into all that in just a bit.

Like many recent big AAA open-world-esque titles, Valhalla – the 12th major instalment in the Ubisoft series – is plagued by the sluggish opening 10-ish hours of gameplay which one needs to grind through in order for things to really kick off. Here it means getting out of Norway and getting on with your first major adventure in England. Do that and almost immediately the three most impressive components of the game begin to shine – the main story, the characters and the exploration. 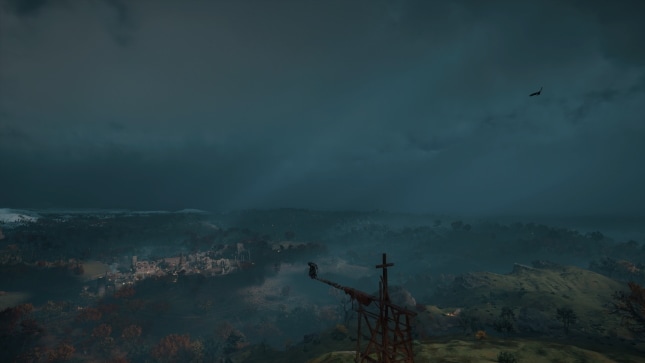 Valhalla does things a bit differently, though. Once you and your Viking buddies land on the shores of England to carve a new home for yourselves, you quickly come to the realisation that forging alliances across this new land will be the most effective way forward. The pursuit for the same play out as a major part of the main storyline. As you go around the map, further and further, to explore the said alliances, each of them, while adding to the overall plot of the game, act as an almost self-contained story in themselves. Think The Witcher 3’s Bloody Baron quest (or if you haven’t played that game, perhaps each as a novella or a season in a TV show). The game truly comes to life here as you get increasingly entangled in family histories, rivalries, betrayals, the whole spectrum of the dramatics. (And hang on till about 20-ish hours in the game, and boy, is there a surprise waiting for you.)

The game also explicitly does not divide quests into primary and secondary. Some are, of course, more tied-up to the main overall objectives than others. What it does have in the more conventional style of side-quests, are “mysteries” littered all over the map. Encounters which lead into you doing something basic, and mostly can be rapped up in less than 10-15 minutes. While a few of these help lighten up the experience a bit or leave you with a bitter-sweet feeling, unfortunately, most of them feel uninspired, predictable and way too easy. Filler material for shits and giggles.

All that being said, it does take a minute to settle yourself into the mindset of the game. Lest you forgot, you play as a Viking and my friend, that comes with raiding and pillaging. It is truly unnerving and a bit disorienting when your clan members first declare “let’s pillage!” outside an innocent-looking village. Soon enough you are required to raid abbeys and monasteries in order to progress and establish your own settlement. While the game does take its fair share of liberties with the history and in camouflaging some of the more brutal aspects of the time (and if you kill one too many innocent civilians it restarts), it’s still a strange feeling to bypass. But a Viking life be like that. As for stealth and combat, there is little to add to my initial impressions – stealth play and parkour are extremely fun, and open combat – both melee and ranged – are satisfying (although, sometimes, frustrating), even more so as you level up and unlock more abilities. The game also provides a number of choice on how to wield and use multiple weapons, and there a ton of cool-looking special moves to integrate into your fighting style. While boss fights are challenging enough to push you out of your comfort zone, they are not over-the-top difficult to make you rage-quit. Overall, once you get a hang of things, there is enough variety to keep you busy.

If you wonder why I haven’t discussed our main character or protagonist yet, well, that’s because there is not much to discuss. What I said in my initial thoughts piece still rings true after all these hours of gameplay – Eivor remains one of the blandest main characters I’ve come across in a recent AAA game. Yes, s/he (more on that in a second) has grown on me since I started out, but anyone would if you spend hours and hours with them. While the character has little to no personality to speak of, the voice acting/delivery is passable at best of times and laughable at worst.

The game gives you three options (which can be switched between at all times) – you can play either as a female character, a male one, or let the Animus choose (which is the default choice, and without giving away any of the plot, the one I would suggest you go with). Like its predecessor, in trying to play both sides and not committing to write either a male or a female character exclusively, what you end up getting is a hollow shell. But this hollow shell is exponentially compensated throughout the game with almost every other main character. 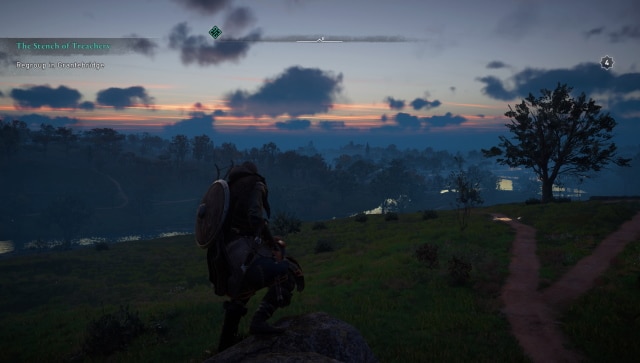 For the sheer number of characters spread out across the land, the game does a truly commendable job of not only giving each a distinct personality and depth, but also making them quite memorable. Accompanied by previously mentioned great storylines, Valhalla manages to pull off a difficult trick – a massive gave with hardly a dull moment, that is, once things gets rolling. And the game has plenty more tricks under its sleeve.

The world, for one, is stunningly beautiful. Be it how the lighting mechanism works or the colour pallets used or the design of the monasteries and, everything pulls you in. Assassin's Creed games have always been known for their world design, and Valhalla pushes the envelope further. Exploration is a true joy and is almost always rewarded. Forget using fast-travel, you don’t even want to use a house to get around. Like in life, the game is best experienced on foot (of course, unless it stops being practical).

From historical locations to literary references, every section of the map is a delight to traverse and investigate. The fact that you are regularly compelled to look up and read about various subjects, locations and historical events says something about the effort poured into making this world come alive. 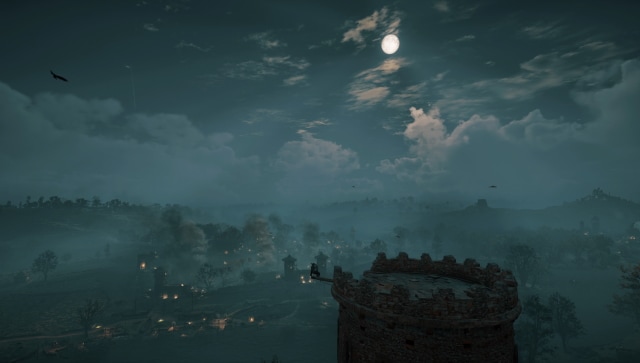 But all is not gold with Valhalla. Couple of patches in at this point, although the game performs much better that it did in the earlier days, much still needs fixing. Whether it's the enemies attacking the air (or just standing around in mid-combat), your inability to walk through certain doors, quests not triggering or missions not working out as they are supposed to, the bugs are far from eliminated. There is a trophy you can unlock, titled, rather tongue-in-cheek, ‘it’s not a bug, it’s a feature’. If only it was true in most of the cases. (Although perhaps one should keep in mind, for whatever it's worth, that the last leg of production took place after a little thing called COVID-19, and the game also is designed to go on the next generation of consoles.)

So, the big question then – should you invest time and money in this game?

The short answer – most definitely.

Assassin's Creed Valhalla tells a complex story set against an equally, if not more, enticing time in history, explored through a breathtaking world design. The game is well over 100-hours, which keeps getting better as you play along. And with a few more patches, it should play as good as any open-world AAA game out there.

In the year 2020, quite understandably, if you're looking to lose yourself in a fantastical world, let Valhalla be it.