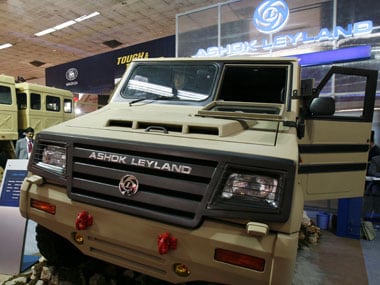 In a statement issued here, Ashok Leyland said under the agreement, it will utilise Hino's engine technology for Euro-VI development. The Indian company will also support in development of Hino's engine parts purchasing in India for its global operations.

Hino and Ashok Leyland have had a cooperative agreement for engine production in India since 1986. By this mutual cooperation agreement, both companies will leverage each other's strengths in diesel engines to enhance their competitiveness, the statement said.

Ashok Leyland will enhance its competitiveness by jointly developing engines for BS-VI compliance in India through the engine technology of Hino Motors.

"We believe in long-term partnerships, and have great respect for Hino Motors. This cooperation between our companies would be mutually beneficial and enable both of us to produce globally competitive products," Vinod K Dasari, Managing Director & CEO, Ashok Leyland was quoted as saying in the statement.

"We believe this cooperation with Ashok Leyland takes advantage of the strengths that the two companies have cultivated.A Hino will enhance its global competitiveness by utilising Ashok Leyland's parts procurement capabilities in India," Yoshio Shimo, President & CEO, Hino Motors was quoted as saying in the statement.

Off track: What a looming rail strike could mean for the US economy

Atomberg in talks with investors to raise funds at $425 million valuation: Report