Enterprising internet users in China fear the tools they use to tunnel through the country's "Great Firewall" may soon disappear, as Beijing tightens its grip on the web. 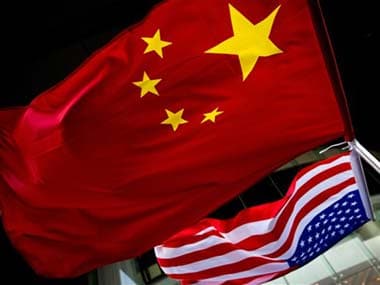 Tens of millions of people are estimated to use Virtual Private Networks (VPNs) to bypass Chinese internet restrictions, getting access to blocked websites such as Facebook and Twitter. Beijing has for years turned a blind eye to these holes in its Great Firewall, but recent events suggest the virtual tunnels may soon be bricked up. In January China's Ministry of Industry and Information Technology (MIIT) announced it would be banning the use of unlicensed providers of the services.

In the months since the rule's announcement, rumours have swirled that a crackdown was coming, but there was little clarity on what exactly the rule meant and how, or even if, it would be implemented. In the past few weeks, however, omens of significant tightening seem to be everywhere.

Several luxury hotels in Beijing have said they will stop using the tools, which once provided unfiltered Internet as a convenience to their customers. On Thursday, a cloud service provider in the capital notified users that it would practise shutting down and reporting VPN providers on the orders of Beijing's Public Security bureau. Tech giants Apple and Amazon, too, have moved to limit their customers' access to the tools in China in what has been seen as a voluntary move to get ahead of the impending crackdown.

On Sunday, Apple said it was removing a number of the programs from its app store, while Amazon's Chinese partner said that customers would no longer be allowed to use "illegal" VPNs on its cloud service. "There have been many rounds of government murmurings about VPN crackdowns, and foreign and Chinese businesses had grown used to only minor or temporary restrictions," said Graham Webster, a senior researcher scholar at Yale Law School. But "this time appears different."

'You cannot lock the heart'

For now, however, it still remains unclear who will be able to access VPNs and under what circumstances, a situation that has left both companies and regular users on tenterhooks. Ordinary people have reacted to the new rules with a mixture of annoyance and quiet defiance. "You've blocked the last way to watch US TV dramas, as well as my Facebook friends!" one user of China's Twitter-like Weibo platform said after the Apple announcement.

"You can lock my cellphone, but you cannot lock my heart." Firms are casting around for information about the developments and have expressed alarm at the potential impact on the way they do business. In a statement, the European Chamber of Commerce told AFP it "has not seen any updated official document concerning restrictions on VPN use by companies," adding that in a recent survey of its members almost half expressed concern that the "continued strengthening of measures to tighten Internet control and access are having an even bigger negative impact on their companies".

"Our members' success depends on instantaneous access to information worldwide, and the ability to freely communicate with affiliates, suppliers, and customers around the world," William Zarit, Chairman of the American Chamber of Commerce in China said in a statement to AFP. "Recent regulatory developments, including limiting VPN use, have created uncertainty for cross-border data communication."

Apple has come under fire for bowing to the rules, but in an earnings call Tuesday CEO Tim Cook said the firm had to follow local laws. He said Apple was "hopeful that over time the restrictions we're seeing are lessened, because innovation really requires freedom to collaborate and communicate".

Analysts said that Beijing was likely not looking to choke off VPNs completely, but was instead seeking to control them more tightly. James Gong, an expert on Chinese cyber law at Herbert Smith Freehills, said that the regulations are not targeted at companies.

The government can "shut things down, but that's not their purpose," he said. Instead "they want to drive all the traffic through the network operators so all of the connections will be transparent to them". Paul Triolo, head of global technology at the Eurasia Group, said he believes that the ultimate goal is not to cut off all VPNs but to "get visibility on (their) use so that they know what is going in and out and can turn off selectively if they want to or need to".

In a statement to AFP last month, MIIT explained that under the new rules, companies will only be allowed to rent VPN services from "telecommunications operators that have set up an international communications entry and exit office in accordance with the law". Previously released MIIT regulations state that only state-owned telecoms can set up the offices, effectively guaranteeing that all licensed VPNs are operated by the state.

A representative from state-owned telecom China Unicom confirmed to AFP that it was legally allowed to rent VPN services to businesses, as long as they provide proof of registration in China. "It's highly unlikely that all VPN access would be eliminated," Yale's Webster said, but added in the future the software might be increasingly "expensive and government-controlled".