As Uber tries to recuperate, Lyft seizes the opportunity to expands its base

The aggressive tactics cast the much smaller Lyft in a new light. 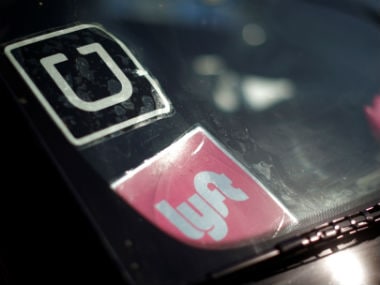 Lyft has dived into the opportunity as Uber struggles. Reuters.

The company seized the opportunity to recruit disillusioned drivers so it could be more responsive to passengers searching for a ride-hailing alternative to Uber. It upgraded its smartphone app, stepped up marketing efforts to attract more riders and expanded its U.S.-only service into 160 more cities for a total of about 350. On Thursday, Lyft made a big expansion move by announcing that it is adding statewide coverage to 32 states, bringing its total to 40.

The aggressive tactics cast the much smaller Lyft in a new light. After five years of being content in its role as the fun-loving, pink-mustached underdog of ride hailing, Lyft is proving to be a wily opportunist and a more imposing threat to Uber.

But a huge chasm still separates the foes in terms of financial resources, ridership, and breadth of operations. While Lyft's rides are in the millions per year and only in the US, Uber makes 10 million trips per day worldwide and has carried more than 5 billion passengers in over 80 countries since 2009. Uber has raised nearly $14 billion in the capital since its inception, compared with Lyft's $2.6 billion.

For its part, Uber is doing all it can to keep its lead. The company this week hired Expedia CEO Dara Khosrowshahi as its top executive. And while it concedes that this year's missteps have slowed its growth, it says ridership is still rising because customers value the service. It's in the midst of self-proclaimed "180 days of change" in an effort to alter a culture that fostered rapid growth but also encouraged bad behaviour.

Yet the ground that Lyft has been gaining can't be ignored. By the time Uber's board ousted abrasive CEO Travis Kalanick in June, Lyft had more than doubled its ridership from the first six months of last year. At the end of June, it had passed 2016's full-year ride total of 162.5 million.

To be sure, Lyft already was growing fast before Uber went into self-destruct mode. Lyft's share of the U.S. ride-hailing market in the past two years grew at double the rate of Uber, rising from 12 percent to just over 30 percent, according to Lyft's internal metrics.

Logan Green and John Zimmer, Lyft's low-key 33-year-old founders, insist they haven't done much except adhering to a belief that passengers should be treated like guests at a friendly hotel or even Disneyland. Both dress casually and blend into the headquarters' workforce. While the soft-spoken Green and more animated Zimmer are careful not to gloat, they concede that the turmoil at Uber is accelerating Lyft's growth.

Nick Raef, 23, who works at Northwestern University near Chicago, considers price and brand image each time he chooses between Uber and Lyft. Service in Chicago, he says, is close to even between the two. But if Uber happens to be misbehaving on a particular day, he'll go with Lyft even if it's more expensive.

"I've told myself this controversy is worth a dollar or $2 depending on how bad the story was that day," he said.

In the Maryland suburbs of Washington, federal employee Whitlee Dean, 28, says she takes Lyft whenever she goes into the city, not so much because of Uber's behaviour but because of Lyft's customer service.

"They seem to be really responsive to the issue when you contact them as opposed to Uber," she said, although she noted that while both companies are equally accessible within the metro area, Uber is faster outside of Washington, especially in smaller cities.

Internally, Uber has been making adjustments to treat its drivers and employees better. It recently matched Lyft by letting riders tip drivers on its app. It's also hired thousands of people to better distribute the workload and started serving its free dinners 90 minutes earlier at its San Francisco headquarters so workers don't stay as late.

But problems for Uber continue to linger. Just this week, the company agreed to stop using its app to track people after their rides have ended in response to privacy concerns.

Lyft's growth probably has more to do with customer demand for service than a backlash against Uber, according to analyst Jan Dawson of Jackdaw Research.

"It is so tempting to think Lyft is gaining because people are taking a stand against Uber, but convenience usually trumps morality," he said. And Uber is usually more convenient because its service still has more drivers than Lyft in most major U.S. cities, Dawson said.

Two drivers who work with both services in New York City, Karim Guernah and Syed Manzar, said in separate interviews that they noticed a change in passenger sentiment earlier this year when Uber's troubles came to light. But Guernah said most riders still decide which service to take based on how long it will take for a car to arrive and how much the fare will cost. And both men said Uber doesn't treat drivers much differently than Lyft.

"Lyft is trying to take advantage (of the situation), but both are really the same. There is no difference," Manzar said.

Green and Zimmer sidestepped a question about whether they'd ever catch Uber, but it's clearly on their minds. "We've always been the underdog in the race against Uber. We've taken a lot of ground. We still are," Green said, adding that Lyft will go international "in the not-to-distant future."

The company has grown beyond the days when pink mustaches adorned the grilles of cars to give off a friendly vibe. It now opts for a lighted logo in the windshield with a pink background. But it's stuck with huge bags of mustaches."We have warehouses with tens of thousands of them," Green said.

Zimmer said Lyft will continue to cultivate a congenial image along the lines of Disney. As he praised the principles of the "Happiest Place on Earth," it was impossible not to notice a picture on the wall behind him, a black-and-white drawing of Mickey Mouse swinging a blue Jedi light sabre.

Perhaps it's aimed at Uber.