Apple's powerful iMac Pro to be launched on 14 December, base variant is reportedly priced at $4,999

The iMac Pro has been advertised by Apple as the 'killer iMac' for the pros and a 'lean, mean dream machine'.

Apple's powerful all-in-one desktop, iMac Pro is set to launch on 14 December. The monstrous device will come with some impressive workstation hardware which includes a whopping 18 core, 14 core, 10 core, and 8 core Intel Xeon processor variants. If that wasn't enough, the iMac Pro will also have up to 128 GB of ECC DDR4 2666MHz RAM and up to 4 TB of onboard storage. The iMac Pro has been advertised by Apple as the 'killer iMac' for the pros and a 'lean, mean dream machine'. It's quite clear that Apple isn't kidding around.

A full hands-on video by YouTuber Marques Brownlee, popularly known as MKBHD, showed that the iMac Pro has a space grey paint, which is reminiscent of this year's MacBook Pro. The iMac shown in the video happens to be a 10-core iMac Pro and if you want to get your hands on the14-core or the 18-core, you'll have to wait until the next year. 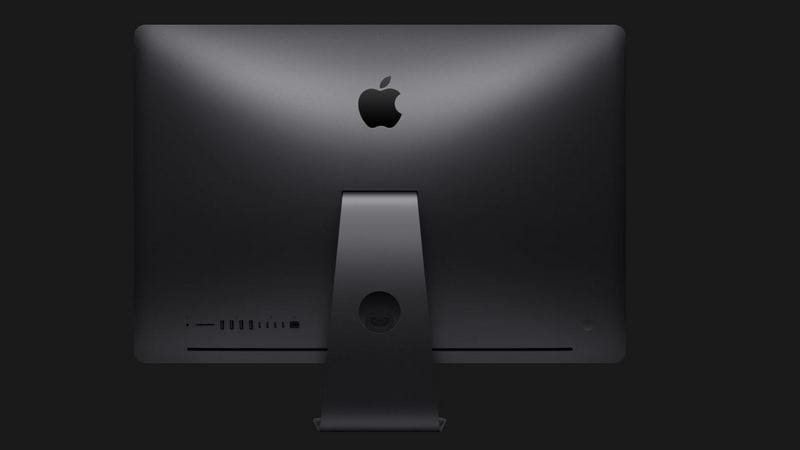 The new iMac Pro has bigger ventilation slots on the back along with 4x Thunderbolt 3 USB Type C ports, 4x USB 3.0 ports, 1x HDMI slot, a 3.5 mm headphone jack, an SD card slot and an ethernet port. The video showed that when tested on Geekbench, the iMac Pro gave an impressive single-core score of 5468 and multicore score of 37417.

One thing that will make even the ardent Mac users think hard over purchasing this beast, is the price tag on the iMac Pro. The baseline 8-core variant is priced at $4999 (approx Rs 3,22,000), according to 9to5Mac. So it can be safe to assume that the higher variants will burn a deep hole in your pocket. There is no information as to when the iMac Pro will be available in India.