KGI analyst Ming-Chi Kuo states that this year's Series 4 Apple Watch will sport a 15 percent larger display across all variants.

Apple is expected to launch the Watch Series 4 in fall later this year. A new report now states that Apple might redesign it and make it sport a larger display. 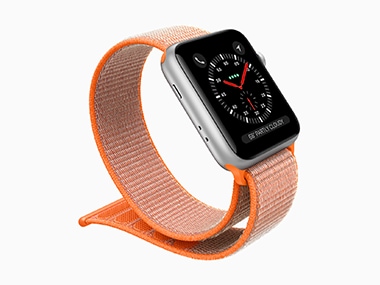 The news of a redesign would excite Apple Watch fans as it has had the same external design since the first-generation. KGI analyst Ming-Chi Kuo stated that this year's Series 4 Apple Watch will sport a 15 percent larger display across all variants and is also expected have better health monitoring and a longer battery life than the current Series 3.

According to a report by 9to5Mac, Kuo states that the new Apple Watch will likely launch in the third quarter of 2018 and will arrive in either 38 mm or 42 mm screen sizes.

What Kuo does not mention is whether we could see a possible increase in the size of the chassis which would infer that the new watches have smaller bezels. However, the mentioning of the fact that it gets a larger battery, works against that theory since a bigger battery will require a larger chassis. Kuo, who is quite reliable when it comes to Apple rumours, does not elaborate much on the product specification side either.

As per KGI's analysis, Apple will sell about 22-24 million Apple Watch units in 2018, which is an increase of about 30 percent year-over-year. In the longer run, Kuo expects Apple Watch sales to reach 50 million units a year.