Apple will not support 32-bit apps from January 2018 on the Mac App Store; developers asked to upgrade to 64-bit apps

Tim Cook said that there are 1.8 million developers using the Apple platform in China and the company has earned a total 112 billion Yuan ($16.93 billion).

Apple has shared a reminder on its developer blog about discontinuing the support for 32-bit apps on the Mac App Store. According to the reminder, the App Store will stop supporting 32-bit apps from January 2018. 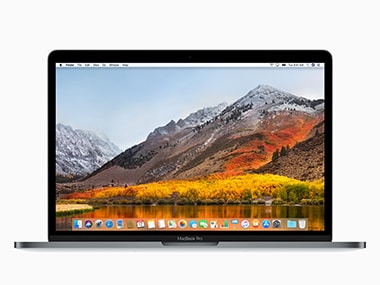 The macOS High Sierra will be the last operating system to support 32-bit apps. Apple has also suggested to developers that they would need to update their existing 32-bit apps to 64-bit before June 2018. The apps to be submitted after January 2018 should also be 64-bit ones.

Apple has also released the iOS 11.2 software update for its iOS devices. The iOS comes with bug fixes and new features including a bar below the network and battery indicator to take the user to the Control Centre. Apple has also improved the TV app by including a 'Sports' tab at the bottom of the app. It has also brought three new live wallpapers on the iPhone X.

Tim Cook recently said that there are 1.8 million developers using the Apple platform in China and the company has earned a total CNY 112 billion ($16.93 billion). The earning represent roughly a quarter of total globe App store earnings. The data was shared during a speech at China's top public cyber policy forum, organised by the Cyber-security Administration of China (CAC).