Technology company Apple Inc and professional services company Accenture said Tuesday that they will team up to help businesses build better applications for iOS, the operating system that powers Apple’s iPhone and iPad. 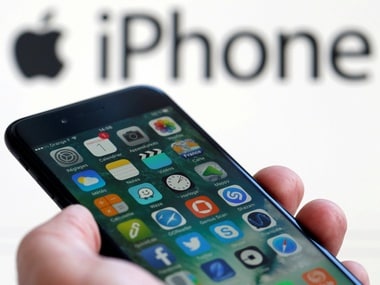 Accenture helps large companies write new software and adopt new technology. The company will create special teams dedicated to helping its customers, which include banks and retailers, write iOS apps. Apple employees, including software engineers and user-interface designers, will work alongside Accenture engineers on the teams.

The first joint team will be located in San Francisco, Gene Reznik, senior managing director of technology and ecosystem at Accenture told Reuters. The companies did not say how many combined Apple-Accenture teams will eventually exist.

But the engineering teams will focus on apps that are used by front-line workers and consumers, such as apps that run on iPads for the lobbies of retail banks, where a teller and a customer might both interact with the app.

“If you look at something like retail banking, you can imagine really redesigning the apps and coming up with a unique perspective on how agents can interact with their customers,” Reznik said.

Reznik said another focus will be so-called augmented reality, in which digital objects float over real objects on a screen. That technology could be useful to service technicians in the field, for example by pointing an iPhone or iPad at an engine and highlighting a faulty part that needs repair.

For Apple, the partnership is part of a continued push to win over business clients and try to knock Microsoft Corp from its long-held throne as the default operating system in the corporate world. To that end, Apple has established partnerships with International Business Machines Corp, Cisco Systems Inc, Deloitte and SAP SE aimed at moving more business applications over to iOS devices and making them easier to use in corporate settings.

Apple has also moved to make iOS more useful in business situations, specifically on the iPad. The next version of the operating system, expected this fall, includes a system for dragging and dropping files much like a PC or a Mac computer.

“All those features really help it be a better overall productivity machine,” Susan Prescott, vice president of application product marketing at Apple, told Reuters. “It’s becoming more realistic for more workers to use iOS as their primary device.”