Apple Music has added what it touts as the 'Diwali Room' as a separate section on the app to allow subscribers access to exclusive music this Diwali.

Apple has changed things up a little this festive season with Apple Music offering an array of fresh tracks, albums and curated playlists to suit the occasion. 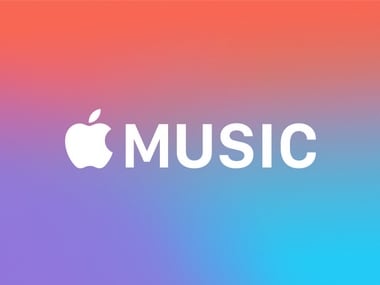 Apple Music has added what it touts as the 'Diwali Room', a separate section on the app for accessing what it has to offer this Diwali. Subscribers get exclusive access to the single,'Dil-Wali Diwali' sung by singer and composer Shankar Mahadevan and his sons Siddharth and Shivam Mahadevan. Apple claims that the track is exclusive to Apple Music users until 20 October.

Other exclusive tracks in the section include the single 'Saagara Shayana Vibho' by Rock band Agam and 'Belihazia' by Neha Bhasin. Apart from singles and albums, the Apple Music team has also put together a number of playlists suited for Diwali parties. These playlists vary depending on the genre while also adding regional playlists.

Apple Music's offering arrives in addition to various apps on the App Store hosting special offers for iOS users. Online-shopping app Myntra is offering a Rs 1000 discount to iOS users on a minimum purchase of Rs 4000. The application is also in the process of integrating Apple's ARKit, allowing users to measure their shoe size before placing an order on the app.