Apple Mac Pro, Pro Display XDR to be available for order from 10 December in the US

Apple has updated its website with the order date for the Mac Pro and the Pro Display XDR which were announced at this year's Apple Worldwide Developer's Conference or as it's popularly known, WWDC.

Apple sent out its 'save the date' email to some of its customers on Saturday. The Mac Pro and Pro Display XDR will be available for order in the US from 10 December onwards.

There is no clarity as to when these products will start selling in India. Mac Pro and Pro Display XDR ;save the date' mail.

Apple Mac Pro: All you need to know

The newly announced Mac Pro 2019 builds on the classic ‘cheese grater’ design of the older Mac Pro and brings a modular offering in its professional desktop lineup. It’s priced at $5,999.

As it’s dedicated for professionals, the Mac Pro is obviously powerful. And by powerful we mean that it could have an Intel Xeon processor with up to 28 cores, 1.5 TB of system memory across 12 DIMM slots, 4 TB of SSD storage and AMD Radeon Pro Vega II Duo, all powered by a 1.4 kW power supply. Apple has also added an 8 TB of SSD storage option with the Mac Pro now. The Mac Pro has a custom expansion module called the Mac Pro Expansion Module or MPX that houses the GPU. This custom module connects to the motherboard using the regular PCIe connector but Apple has created a new PCIe connector to deliver more power and extra lanes for Thunderbolt 3 connectivity. Essentially, it will be able to offer high-speed connectivity and meet power demands.

Users can choose from the AMD Radeon Pro 580X, Radeon Pro Vega II or the Radeon Pro Vega II Duo which is actually two Vega II GPUs. If a single MPX Module doesn’t make the cut, the Mac Pro can support up to two of them. This means the system could have up to four GPUs installed.

There’s an ‘Afterburner’ card that is sold separately specifically for video editing to accelerate previews with support for playback of up to three streams 8K footage.

Apple Pro Display XDR: All you need to know

Apple stepped up with its Retina display offering with the Pro Display XDR at WWDC 2019. It’s a 32-inch display with an LCD panel and a resolution of 6,016 x 3,384, becoming the largest Retina display ever from the company. It’s priced at $4,999.

The display comes with a P3 wide colour gamut and a 10-bit colour depth. This indicates that it’s capable of reproducing a wide palette of colours with high accuracy.

With about 1,000 nits of brightness possible on the display, Apple says that it can peak to up to 1,600 nits. The backlight control implemented on the display ensures high contrast and a contrast ratio of 1,000,000:1. It boasts of a “superwide viewing angle” with a different polariser technology while maintaining colour accuracy and contrast. 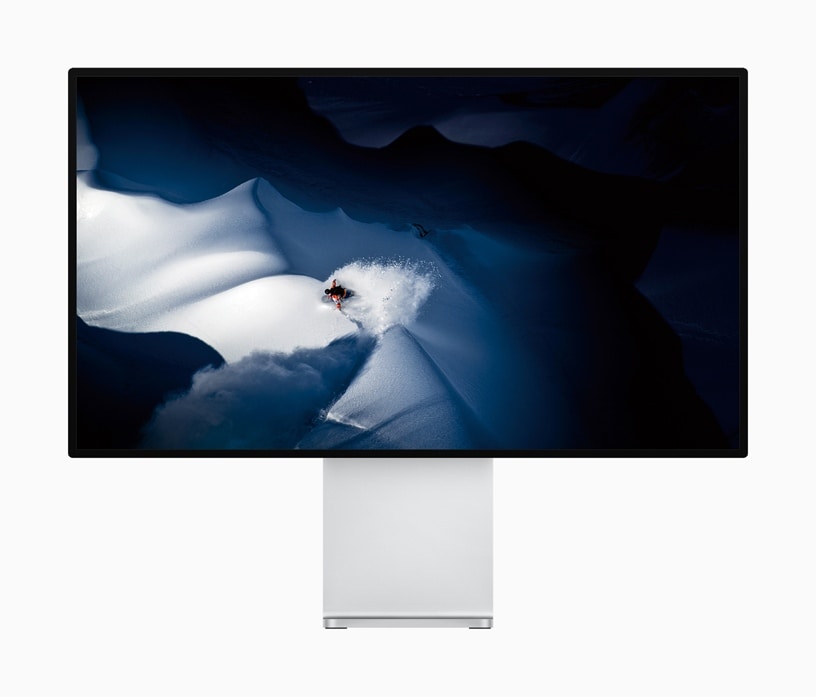 The Pro Display DXR has several layers that lead up to the final picture on the display. It’s illuminated with an array of 576 blue LEDs modulated by 12 controllers to ensure the right amount of brightness is delivered instantly. There are more unique layers in between that reflects, mixes and produces all the appropriate colours for the final output. There’s a timing controller (TCON) chip that takes care of reproducing the images by controlling the LED array and the LCD pixels.

Apart from the display panel, Apple is selling a Pro Stand separately for $999. It consists of a counterbalancer that ensures the display feels almost weightless. It supports tilt and height adjustment, and the display can also be rotated to a portrait mode. If the Pro Stand doesn’t seem useful, there’s a VESA mount adapter worth $199 also being sold.