Back in September, Apple also announced that Netflix and Amazon Prime 4K videos would also come to Apple TV. 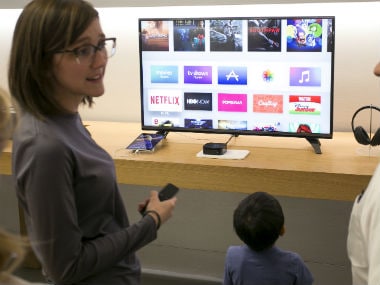 According to technology website 9to5Mac, viewers can now see live news sources appear in the TV app for iPhone, iPad and Apple TV.

The news listing is, however, not as extensive as the "Sports" interface, in its early stages.

The list of news channels include CNN, CBS, Fox News, Bloomberg, CNBC and Cheddar that appear in the primary "Watch Now" section of the app on iOS and tvOS 11.2.5.

This update comes a month after Apple got support for live sports programming in December 2017.

The iPhone-maker expanded its TV application on iOS and tvOS. On tvOS, the users can use Siri to start playing a specific network.

Back in September, Apple also announced that Netflix and Amazon Prime 4K videos would also come to Apple TV.