Apple's iPhone 8, iPhone 8 Plus and the iPhone X lag behind smartphones by Samsung and Google.

According to data collected by Ookla, Apple's iPhone 8, iPhone 8 Plus and the iPhone X lag behind the latest smartphones by Samsung and Google. Ooklas's revelation was first reported by Bloomberg by 23 July. The data collected by Ookla is interesting because it is created by users and not in the company's corporate lab. They are collected by taking care of real-world conditions that affect internet performance like distance from cellular towers and network congestion.

Millions of tests are hosted each day by Ookla and it has a record of 20 billion tests in total.

What do you mean by faster internet data?

It simply means that users should be able to load websites, download files, stream videos, make better video calls, easily, with a good speed. As phones these days are beginning to look more and more similar, what varies is what lies under the hood, and Ookla things that Apple's is lagging, at least in terms of internet speeds. That Infinity display sure hasn't lost its charm even against the iPhone X. Image: Tech2/Rehan Hooda

Internet speeds, however, aren’t the only measures important to check the device speed. Apple’s main processors that control the speed of launching and running apps, among others, are as we know, recognised as one of the fastest in the smartphone industry.

According to the speed test data, that Bloomberg reviewed, Samsung Galaxy S9 showed an average download speed of 38.9 Mbps based on about 102,000 tests over the past three months. The S9 Plus showed a speed of 38.4 Mbps.

Coming to Alphabet's Google, the smartphone Pixel 2 XL delivered a speed of 33.9 Mbps and the Pixel 2 showed speeds of 34.4 Mbps. 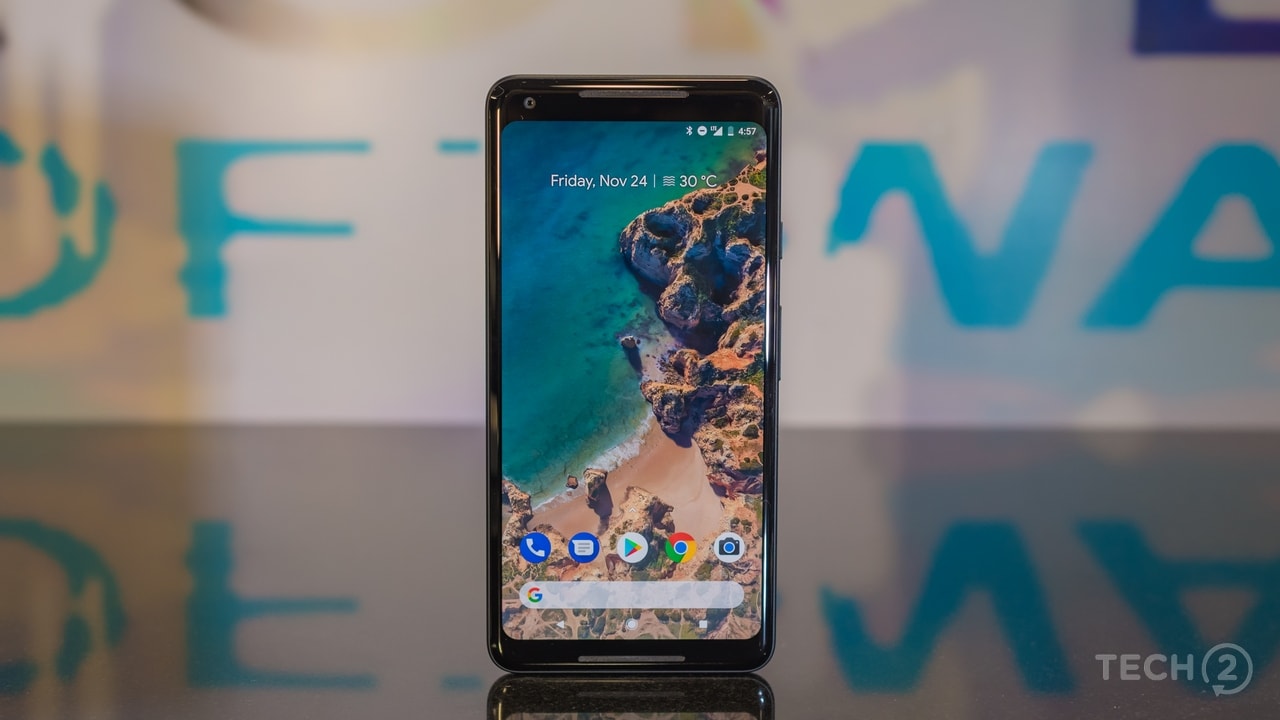 The Google Pixel 2 XL is not a bezel-less smartphone.

As you can note here, both Samsung and Google smartphones have outdone the Apple iPhones.

Speeds of smartphone data downloads are determined by the modem chips used in the device and Apple uses a mix of modems from Intel and Qualcomm in the newest iPhones.

Apple has, however, reportedly notified Intel that it will not use the chipmaker’s radio chips in its 2020 iPhones. Apple was Intel's primary customer for its 5G modems, but Intel has now halted the development of the chip and dissolved the team that worked on it.

Further, Apple and Qualcomm, have been in a dispute over patent infringements, which hints that Apple is looking for alternatives.

As per another report by Bloomberg, recently a Goldman Sachs analyst wrote a research paper that indicated that Apple could be planning to tap the chip supplier, MediaTek, for its 5G chips.