The iPhone X teardown also shows off Apple's new TrueDepth camera system on the front of the device, the technology that powers its Face ID authorization.

Apple's awaited iPhone X launched today amidst mentions of large production bottlenecks. It is likely that it will be difficult to get hands on Apple's latest device due to limited supply. However, in the meantime, a complete teardown of the iPhone X surfaced on the internet giving users and potential buyers a closer look at its components. 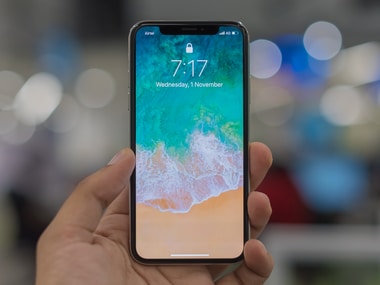 The infamous iFixit have cut into and taken apart the iPhone X after tearing down numerous other smartphones before. The teardown shows us a number of interesting changes inside the newest iPhone including the new TrueDepth camera system, the L-shaped battery pack and also the coil present on the phone which enables wireless charging.

Coming to the battery first, the teardown reveals that the phone has two battery cells instead of one, in order to save space inside the phone. The two cells provide a combined output of 2,716 mAh which is even larger than the 2,691 mAh unit on the iPhone 8 Plus. The iPhone X also houses Apple's new TrueDepth camera system on the front of the device, the technology that powers its Face ID authorization. The teardown reveals how the sensors work and the step by step process it follows before unlocking the device.

The process begins with the flood illuminator in the centre which fires about 30,000 infrared rays towards the user's face. The front-facing camera on the left kicks in after this and confirms the presence of a face allowing the IR dot projector on the right of the camera to project a grid of dots on the face to create a 3D map. The process then reverts to the infrared camera on the left which reads the 3D map, sending the interpreted data to the phone. 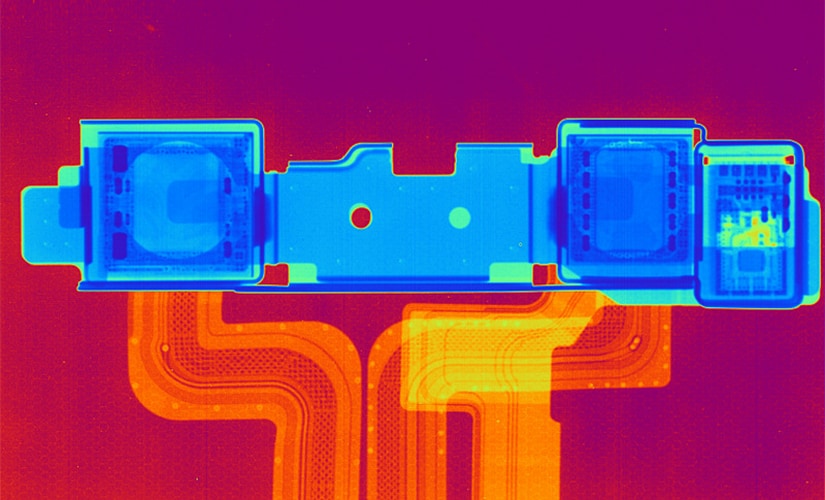 The teardown also revealed what is stated to be a 70 percent smaller logic board footprint compared to that on the iPhone 8 Plus. To put more emphasis on how much smaller this is, iFixit mentions that the iPhone X logic board is more dense with connectors than that on the Apple Watch which has the same sized logic board. The interesting thing to note here is that Apple went and stacked circuit boards on top of each other to save space inside the device.

The teardown also shows users the other components present on the iPhone X including Apple's A11 Bionic chip, the 3GB LPDDR4x RAM by SK Hynix, 64GB of storage supplied by Toshiba as well as Qualcomm's Snapdragon X16 LTE modem, and a Cirrus Logic audio amplifier.