In a survey by Fluent, it was found that around 79 percent of iPhone users may upgrade to another model of the iPhone.

Even though Apple hasn’t confirmed the release of tenth anniversary phone, popularly dubbed the iPhone 8, the rumours about its probable release in September are going strong. Alongside rumours of escalated pricing, a survey suggests that while Apple loyalty remains strong, buyers for the new addition in the family may take some time as 67 percent of the surveyees planning to purchase an iPhone felt it was too expensive. 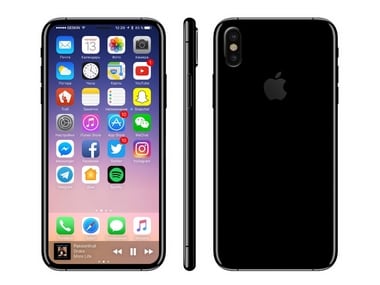 In a survey by Fluent, it was found that around 79 percent of iPhone users may upgrade to another model of the iPhone. Meanwhile, collectively, 23 percent of Samsung and LG smartphone users are considering a switch at their next purchase. And out of these users, about 40 percent are considering buying an iPhone. However, they are willing to wait and not jump into the initial rush. With rumours suggesting the new phone to $1,000, to $1400 in case of the limited ones, the number has slid abysmally low to barely a fifth of the total.

Though iPhone 8 is Apple's flagship phone, close to 19 percent of respondents appear interested in buying the upcoming iPhone 7s and iPhone 7s Plus. However, despite the surge in prices, they are inclined to buy later this year or in 2018.

The survey, which had a sample size of 2,117 adults in the US, found that Apple received a 91 percent loyalty score and an 85 percent satisfaction score.

While the expected date of arrival of the anniversary edition is 12 September, no confirmation has come from the company. However, leaks suggest that 64 GB, 256 GB and 512 GB iPhone 8 variants with wireless charging technology powered by iOS 11 are coming. Moreover, it may allow for a facial recognition feature. It is expected to have a bezel-less display, with a vertically-aligned dual camera setup. According to a KGI analyst, the smartphone maker may give Touch ID a miss and may focus on facial recognition instead.

Other specifications that are hoped to be seen are an OLED display with a 5.8-inch screen.