Apple iPhone 8 to come with wireless charging, though it may not be the fastest, says report

This time around rumour has it that the iPhone will be having a glass back rather than a metal body design which will enable wireless charging.

The next generation iPhone or the iPhone 8 is rumored to be unveiled on 12 September. A number of new features have been speculated to arrive on the new iPhone including a bezel-less display and 3D face recognition in addition to wireless charging. 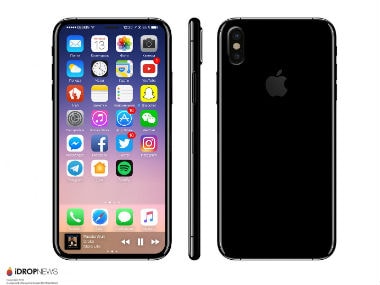 The iPhone 8 is speculated to pack a 3,000 mAh battery which means that using 7.5 W wireless charger may not power the phone quickly. Users may have to fall back to wired charging to ensure faster-charging speeds. The blog has also speculated that Apple may employ an MFi chip which means that wireless charging Qi pad by other companies may not work on the new iPhone. MFi (Made for iPod) is a licensing program for developers to build hardware and software accessories that are compatible with the iPhone, iPad or iPod.