Here are five smartphones that brought something special to the table this year in their respective segments.

Let me clarify upfront that these aren’t necessarily the top flagship phones of 2020 or the best phones in their respective price brackets. What we have here is a list of five phones that we believe brought something special to the table this year, and elevated their respective segments further. You may agree or disagree with our selection, but it would be hard to deny that these handsets left an indelible mark in the category.

A member of Samsung’s Note series almost always features in our list of best phones every year. It is no different this year. If one were to put together the top elements of every key department in a phone without bothering about the price, and add the S-Pen to it, what you would probably get is a Samsung Galaxy Note 20 Ultra (Review). Such extravagance of high-end specifications and actual performance is hard to ignore. As with all prior phones from the series, the Note 20 Ultra is a sizable device, but despite its large footprint, the design exudes premiumness. 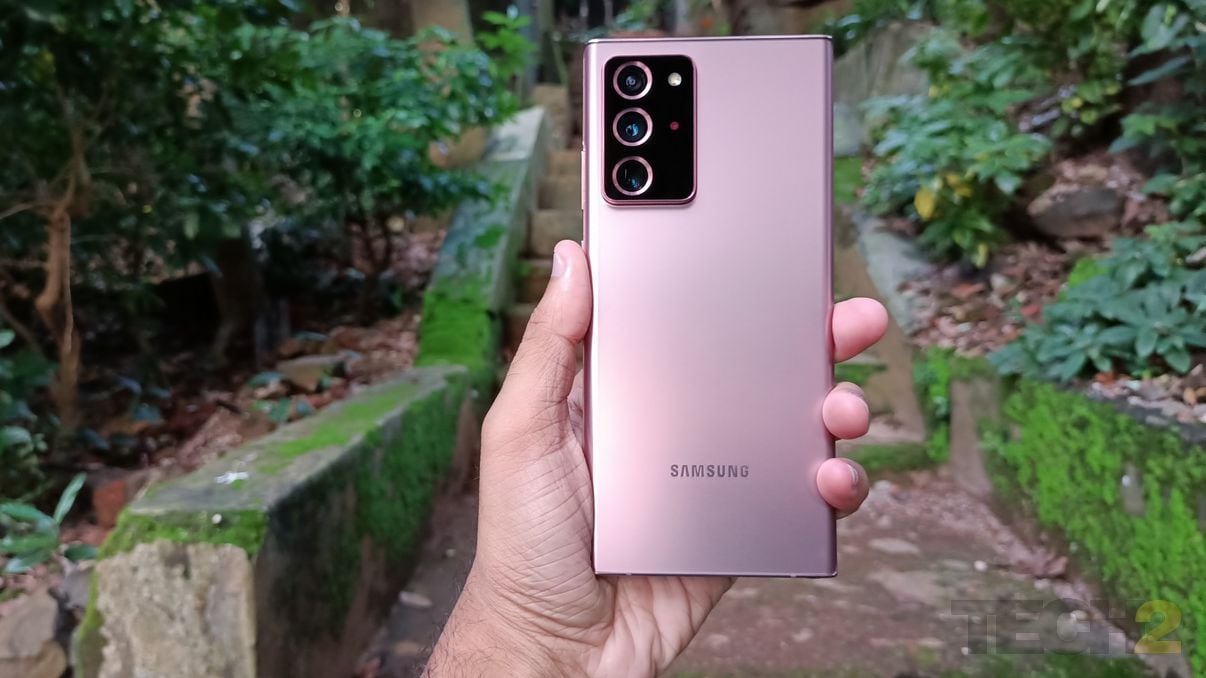 The seamless transition between the Corning Glass Victus at the back, the metal frame and the Gorilla Glass 6 on the display is elegance personified. Its 6.9-inch “Edge Infinity-O Dynamic AMOLED” display with a resolution of 3088 x 1440 pixels and a variable refresh rate up to 120 Hz is flawless, and arguably the best in business this year. Watching HDR content on this HDR10+ compliant screen is a pleasure. I would personally prefer watching it on a 55-inch Samsung QLED TV that would cost significantly less than the Note 20 Ultra, but I digress.

Add to that a loaded photography department helmed by a 108 MP primary camera with OIS, ably supported by a 12MP ultra-wide camera and a 12 MP telephoto camera that provides 5X optical zoom and 50X hybrid zoom. The camera quality is top notch in different modes and lighting. And then there’s the famous S-Pen with a bunch of new tricks up its sleeve. I can go on and on, but long story short, this is indeed the best all-round phone of this year. There are rumours that this may be the last of the Note series phones from Samsung; in that case, as my colleague Nimish put it -- “if the Samsung Galaxy Note 20 Ultra is the swan song of the Note series, then it couldn’t have asked for a better device”.

The smallest of the iPhone 12 series phones from Apple is indeed one of the landmark phones of this year. While the size of newer phones has been getting out of hand (figuratively and literally), the Apple iPhone 12 Mini reverses the trend. And it’s not just about a smaller-sized phone, but the availability of a proper flagship device in a significantly smaller form factor is a refreshing trend. I sincerely hope other manufacturers take a similar approach in 2021. The Apple iPhone 12 Mini is pretty much the iPhone 12 in a smaller shell in terms of design and specifications both. If anything, it has a sharper display compared to the 12 in terms of pixel density, thanks to its compact 5.4-inch “Super Retina XDR OLED” screen. At its core is the latest “A14 Bionic” chip that powers the entire iPhone 12 series. The two 12MP cameras at the back are more than capable. It runs iOS 14 out of the box, and one can expect newer OS updates for the next five years.

This one’s for the gamers. The Asus ROG Phone 3 (Review) is hands-down the best gaming phone of 2020. It is a performance powerhouse powered by the fastest SoC around -- Qualcomm’s Snapdragon 865+ -- and is accompanied by up to 12 GB of RAM and 128 GB of UFS 3.1 internal storage. The ROG Phone 3 ups the refresh rate game further with a 144 Hz 6.6-inch Full HD+ AMOLED screen that also has a 270 Hz touch sampling rate. There’s support for true 10-bit colour gamut with HDR10+ compliance and a rated maximum brightness of 650 nits. 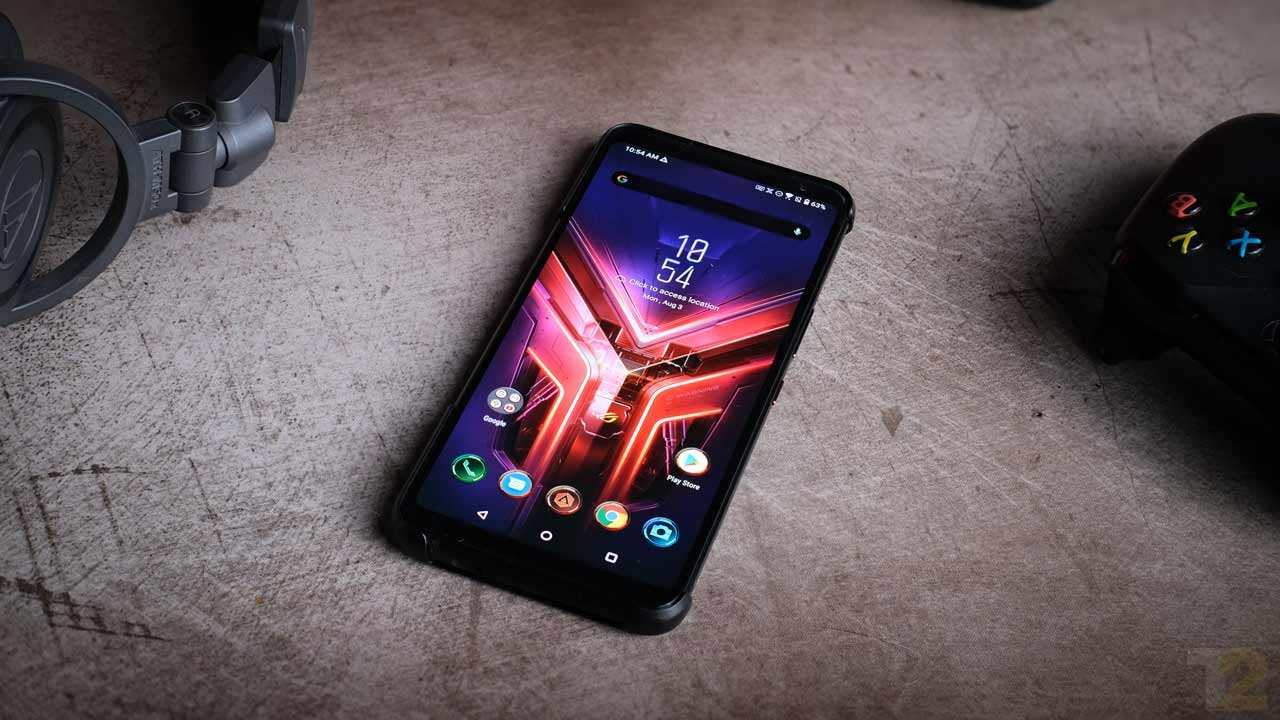 The 5G-compliant handset boasts of a mammoth 6,000 mAh battery for long, uninterrupted gaming sessions. The bundled 30W fast charger with QuickCharge 4.0 support doesn’t take too long to juice it up again. The phone also has a pair of excellent stereo speakers with dedicated amplifiers, along with a plethora of gaming features and optimisations like split air triggers, an accessory ecosystem, and gamer-friendly ergonomics to name a few. The camera department is decent, but this phone is meant for gamers more than photography enthusiasts. And when it comes to gaming, nothing on Android comes close to this Republic of Gamers handset.

Performance needs to be rewarded, and so does exceptional value for money. The OnePlus Nord (Review) may not be the best-performing phone from the company this year, but when it comes to value, it is better than anything OnePlus had to offer. It is the first phone to bring 5G capabilities to the sub-30k price bracket in India, and even to the sub-25K segment (assuming at least a few units of its 64 GB variant actually reached our shores), and that’s an achievement. More importantly, it also brings the best Android UI -- OxygenOS to this segment.

Its processing power may not be in the same league as the OnePlus 8 or 8T series, but it’s more than sufficient for most tasks, and you get ample RAM and internal storage to go with the Snapdragon 765 chip. You also get a vibrant 6.44-inch Full HD+ “Fluid AMOLED” display with a 90 Hz refresh rate, and four cameras at the back, with the main 48MP shooter borrowed straight from the higher-priced OnePlus 8 (Review). The OnePlus Nord may not be the best at everything (barring UI), but it does combine a lot of good elements from different worlds in one affordable package that’s hard to overlook this year.

The Realme Narzo 20 Pro (Review) is not in the same league as the phones above, but it is one that brought the fastest charging technology of the year to the sub-15K smartphone segment, and that is a landmark for sure. The bundled 65W “SuperDart” charger takes its 4500 mAh battery from 0 to 100 percent in just 38 minutes. Yes, you read that right! The goodness doesn’t end there, as the phone offers you a 6.5-inch Full HD+ display with a 90 Hz refresh rate for smooth, flicker-free scrolling in supported apps. The Narzo 20 Pro is powered by a Mediatek G95 chip that has enough muscle for day-to-day operations and for gaming at medium settings. It has a quad-camera combination at the back with a 48 MP primary camera, an 8 MP ultra-wide shooter, 2 MP macro camera and a 2 MP depth sensor. The image quality is quite good for the segment. An affordable all-rounder like this deserves a spot on this list for elevating the performance and value quotient in this segment.