With iOS 11, a month after its public release, around 55% of Apple devices are seen to be running it. Compare this to the woeful 0.2 percent on Android O.

If there is one area where Apple surely leaves Google behind, then it has to be the installation base of its latest mobile operating systems. The story has been repeating with every new mobile OS that both platforms announce. With iOS 11, a month after its public release, around 55 percent of compatible Apple devices are seen to be running it. This is the kind of adoption rates that Android users can only dream of. To give some perspective, only 0.2 percent of Android users are on the latest version of the OS — Oreo. 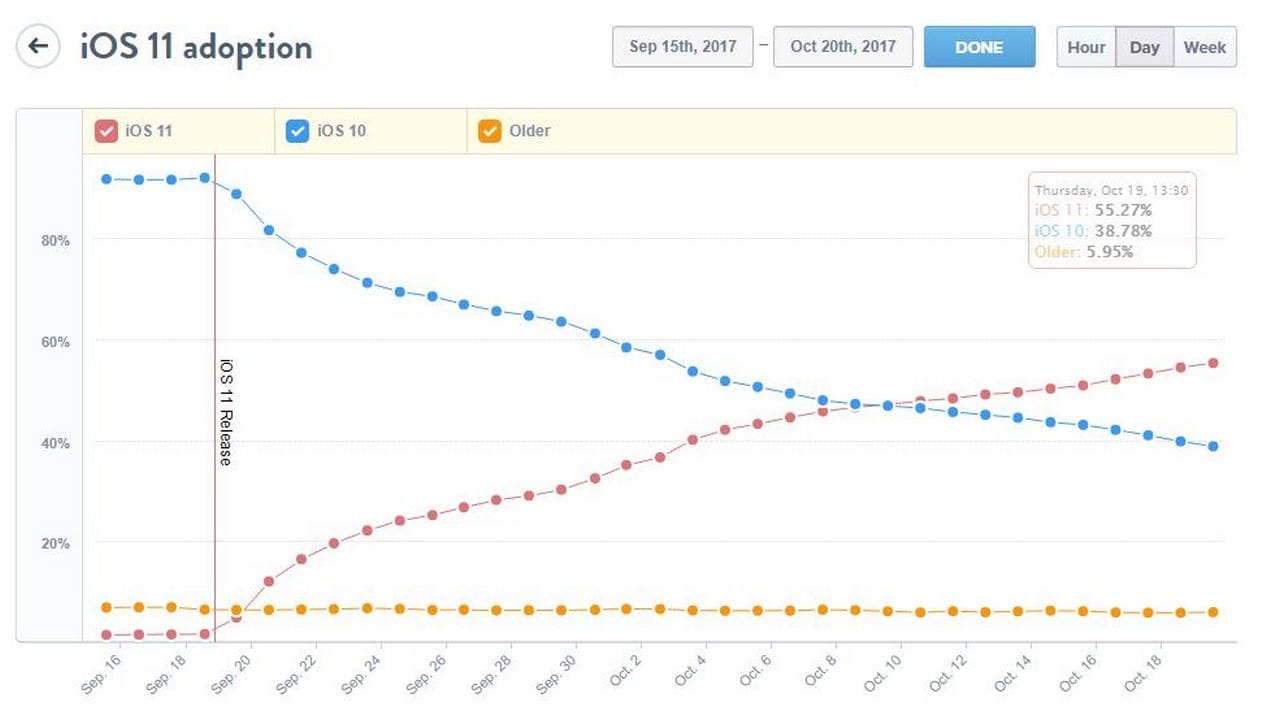 One of the reasons adoption is so high on Apple devices is the fact that there are limited variants on which iOS updates need to be pushed out on. Unlike Android, there is no fragmentation, which slows down the process of Android OS updates. This is also possibly the reason why Apple supports older devices for much longer than Android device makers.

With iOS 11, Apple has so far released three minor updates to take care of bugs and issues that cropped up after iOS 11 launch. The iOS 11.0.2 update, for instance, took care of an annoying noise crackling issue that was bothering iPhone 8 / 8 Plus users.

According to MacRumors, the iOS 11 adoption will see a spike when the iOS 11.1 update is released. In the past, x.1 updates have seen most update rushes. With iOS 11.1 expected to come with Apple Pay peer-to-peer payments, new emojis and so on, expect a jump in adoption numbers. There is no date out as to when Apple will release the iOS 11.1 update.