By Elizabeth Dilts and Stephen Nellis NEW YORK (Reuters) - Apple Inc struck out at a Goldman Sachs Group Inc analyst on Friday in a relatively rare public dust-up between a blue chip Wall Street firm and its client. 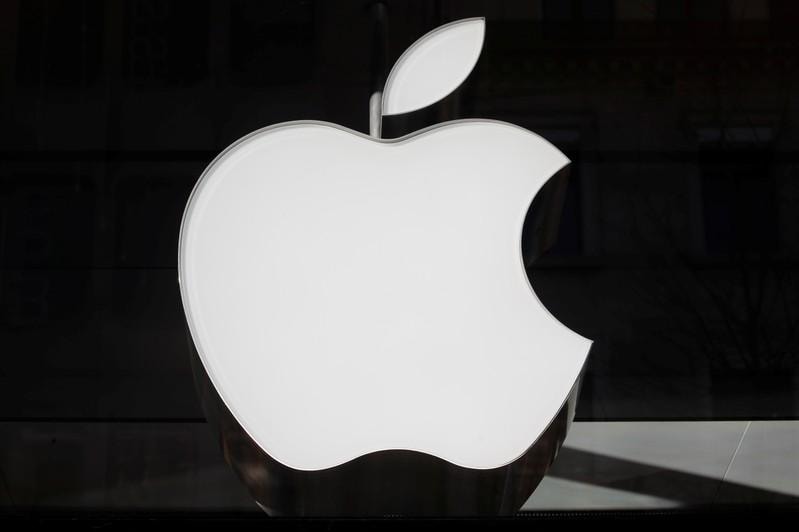 By Elizabeth Dilts and Stephen Nellis

The disagreement came after Goldman Sachs analyst Rod Hall criticized Apple's accounting methods for the tech giant's new TV+ product, saying in a research note that it may result in lower gross margins and profits.

In response, Apple said it does "not expect the introduction of Apple TV+, including the accounting treatment for the service, to have a material impact on our financial results."

While research departments at large Wall Street banks have Chinese walls separating them from other functions, the rare public dispute is an awkward moment between the two companies.

Goldman Sachs has underwritten more bond issuances for Apple in the last decade than any other investment bank, worth some $44 billion, according to financial data provider Refinitiv.

Goldman Sachs also advised Apple on mergers and acquisitions as recently as two months ago, guiding it through its $1 billion deal to acquire the majority of Intel's smartphone modem business, according to Refinitiv.

And just last month, the two worked together to launch both companies' first credit card -- the Apple Card.

Every bank formally separates its equity research and investment bank divisions because of laws passed in the early 2000s that aimed to protect the independence of the equity analysts from investment bankers, who are often covering the same companies with different agendas.

Corporate clients usually respect the independence of the research division. When they don't, it gets a lot of attention.

In May last year, Tesla Chief Executive Elon Musk refused to answer questions from analysts about the company's capital requirements, calling the questions "boring" and "not cool" during a conference call to discuss Tesla's performance. He later criticized several analysts directly for negative calls.

At the beginning of its fiscal year, Apple changed where it accounts for the value and costs of free services - like Apple Maps - and moved it into its services segment. Previously this was accounted for under the individual products.

In his note, Goldman's Hall said Apple was likely to treat TV+ subscriptions in a similar way, by accounting for it as a discounted bundle of a free service paired with a hardware purchase. Hall said that would result in Apple investors seeing lower average selling prices for iPhones and other Apple devices but faster growth in the company's services segment.

Many Apple investors have come to focus on growth in the services segment as the global smart phone market has stagnated, with Apple shares rising this year despite year over year declines in iPhone sales for its most recent two quarters.