Apple has committed to spend at least $1 billion through its Advanced Manufacturing Fund in US-based companies to support high-tech manufacturing. 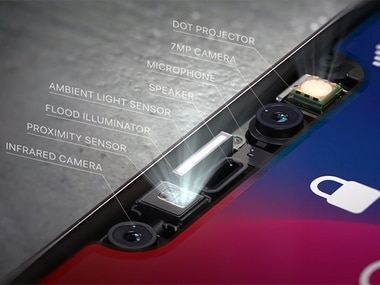 The sensors in the Notch supporting FaceID.

The iPhone maker has committed to spend at least $1 billion through its Advanced Manufacturing Fund in US-based companies to support high-tech manufacturing. The company had awarded $200 million to Gorilla Glass maker Corning in May.

However, Finisar Corp clarified that Apple’s funding was not a debt or equity investment in the company.

Finisar’s shares, which rose as much as 30 percent on Apple’s announcement, pared gains to trade up 22 percent following the clarification.

"The amount referred to by Apple represents anticipated future business between the companies over a period of time," Finisar said in a filing.

The company will use the grant to reopen a 700,000-square-foot plant in Sherman, Texas to ramp up production of laser chips called vertical-cavity surface-emitting lasers, or VCSELs.

"Innovation in the heart of Texas! Proud to team up with @Finisar, the latest recipient from our Advanced Manufacturing Fund," Apple Chief Executive Tim Cook said in a tweet.

Innovation in the heart of Texas! Proud to team up with @Finisar, the latest recipient from our Advanced Manufacturing Fund. Their new site will create hundreds of jobs building iPhone components in Sherman, Tex.https://t.co/SYgP3VvIgr

The lasers will also be used for 3D sensors in AirPods and Apple’s wireless headphones.

Finisar is expected to ship products from the plant starting in the second half of 2018.

Apple said it would buy 10 times more VCSELs than were previously made worldwide in the fourth quarter, compared with a year earlier.

“Apple is accelerating the investment at the second source supplier to diminish its risk.” Needham & Co analyst Alex Henderson said.

Lumentum Holdings Inc is the top supplier of VCSELs and represents a “single source risk” for Apple, he said.

Shares of Lumentum were down 2 percent, recouping from a 12 percent drop earlier in the day.

Corning introduces Gorilla Glass DX, DX+ for smartphone camera lens; Samsung to be the first to use it