The notch you see on the top of the iPhone X houses a plethora of sensors, four of which are required to enable Face ID.

Among the more interesting announcements at Apple’s iPhone X event last night was that of Face ID. Now, we knew it was coming — the ever-reliable Ming-Chi Kuo leaked the hardware long before the event — but yesterday, we got a closer look at Apple’s next generation biometric authentication technology. First, here’s a brief rundown of the biometric authentication mechanisms in the market today.

Apple’s Touch ID fingerprint authentication is useful because it’s fast, convenient and reliable. A tap on the home button and you’re logged in to your phone. This speed, convenience and reliability is what we expect from anything that is set to replace this technology.

The Iris Scanner and face recognition technology popularised by Samsung is an interesting alternative to fingerprint authentication, but they were never fast, convenient and reliable alternatives.

Samsung’s Iris scanner scans your eyes, but it only works at certain angles, comes with a whole slew of warnings and can be fooled. It is fast, but only when it works. Face recognition is a faster alternative to the Iris scanning technology, but it only uses one camera and can’t sense depth. The result is a technology that’s fast and convenient, but insecure and thus, unreliable. This is also the reason why you can’t use face unlock to authorise Samsung Pay. The notch you see on the top of the iPhone X houses a plethora of sensors, four of which are required to enable Face ID. These are, in order from left to right, an IR camera, an IR emitter that Apple calls a ‘Flood Illuminator’, a structured light emitter aka ‘Dot projector’ and the front-facing camera. This sensor array has been dubbed the “TrueDepth” camera system.

Here’s how unlocking the phone via Face ID works. As any Apple user will be aware, iOS 10 includes a feature called ‘raise-to-wake’, which does exactly what the name suggests. You pick up your phone, the device wakes up, shows you the lock screen, and while it’s doing that, starts scanning for your face. The TrueDepth sensors will project 30,000 IR dots on your face

The Flood illuminator is basically an invisible torch light that shines on your face, illuminating it in a light spectrum that only an IR camera can see. The Dot projector paints your face with something like tiny lasers. These “dots”, 30,000 of which are projected on your face, are picked up by the IR camera and the data is used to create a 3D depth map of your face. All this processing happens aboard the A11 Bionic chip and never leaves the phone. The generated depth map is then compared to the original depth map of your face to authenticate. 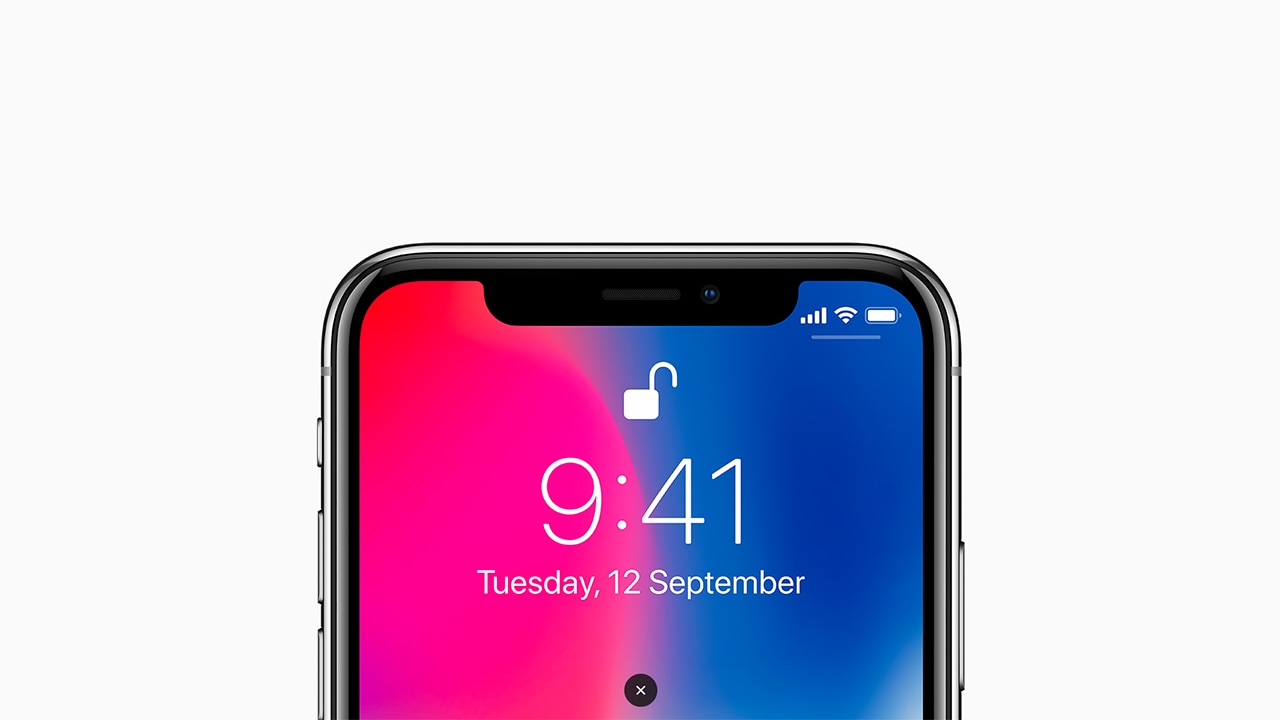 Face ID will only authenticate when you're looking at the phone.

Apple didn’t stop there, however. The A11 Bionic chip’s machine learning algorithms can also “learn” your face, recognising you even if you change your appearance, says Apple. Whether you grow a beard, cut your hair or wear sunglasses and a hat, the chip will learn to reliably authenticate your face. As Apple puts it, “your friends might not recognise you, but iPhone X will.”

Yet another security feature of Face ID is that it looks for activity. It’s “aware” of where you’re looking and only unlocks the phone when your attention is on the device, promises Apple. This “awareness” allows Face ID to “keep the screen lit when you’re reading, or lower the volume of an alarm of ringer,” says Apple. This also means that your phone will not unlock itself if someone points it at your sleeping or unconscious face.

The use of an IR camera eliminates the threat of using photos (which will generate a uniform IR signature) to unlock the device. Apple also claims to have trained the Face ID algorithms to ignore even the most realistic face masks.

Given the number of security features making up Face ID, Apple claims that the chance of a random person looking at your phone and unlocking it goes down from Touch ID's 1/50,000 to 1/1,000,000!

If it really does work as intended, Face ID could be a game changer. If it doesn’t, it’s going to end up like Samsung’s fidgety Iris scanner. Given that this is Apple we’re talking about, we’re inclined to believe that Face ID will work, eventually.

Pre-orders for iPhone X with Face ID start globally on 27 October. Devices will start shipping from 3 November. In the US, the device’ pricing starts at $999, in India, it starts at Rs 89,000.