Apple who announced their very own augmented reality kit, ARKit at WWDC earlier this year, today showcased its first wave of Apps for the platform.

Apple who announced their very own augmented reality kit, ARKit at WWDC earlier this year, today showcased its first wave of Apps for the platform. Based on a report by TechCrunch, developers were eager to showcase demos of the applications despite the development process being at a nascent stage. 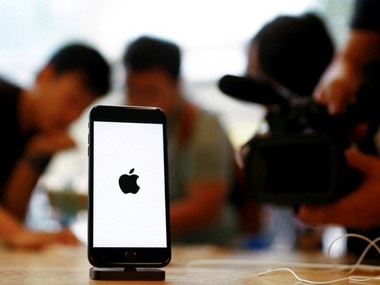 While ARKit is yet to get its official launch by Apple, a handful of developers gathered at Apple's Cupertino campus to talk about their experience on Apple's AR framework. The developers included the likes of a few prominent names like Ikea, Giphy and AMC TV among others.

AMC and Next Games in their demonstration of '" target="_blank">The Walking Dead: Our World' pushes gaming limits a little further up. While Niantic's Pokemon Go shot to fame last year, it has opened up game developers to the possibilities of AR, involving high-resolution zombies from various angles.

Furniture giants " target="_blank">Ikea's app, on the other hand, allows users to place actual size replicas of sofas and armchairs into spaces around the house. This lets one see exactly how a certain piece of furniture will look like in any given space. The brand promises a total of 2000 3D furniture models to be available to try from at launch. The company's leader of Digital Transformation, Michael Valdsgaard, in the report, spoke about how it took the team merely about 7 weeks to create the app.

TechCrunch spoke to the developers who revealed that they were most impressed by Apple's framework. According to them the process was simple enough to enable them to develop most of the applications from scratch in a span of 7-10 months.

Apple is expected to launch the iPhone 8 and ARKit along with iOS 11 on 12 September.