Early rumours suggest that the smart-speaker will cost around $199, which is considerably cheaper than the price at which Apple sells the HomePod.

Months after Apple announced the launch of the HomePod at a price $349, new rumours seem to suggest that the company is now working on another smart speaker under the Beats brand. It's supposed to be more affordable than the HomePod. 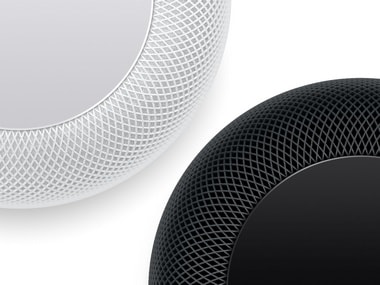 According to a report by GSMArena, a Taiwanese supply chain source has suggested that Apple is currently in talks with MediaTek to launch a more pocket-friendly smart speaker which captures a larger share of the smart-speaker market. MediaTek is expected to make the chip for these speakers but apart from that, we do not really know much about the smart speakers.

Early rumours suggest that the smart speaker will cost around $199, which is considerably cheaper than the HomePod. Apple, however, will not be branding it as an Apple product but as a Beats speaker instead.

The news of a cheaper smart-speaker being made by Apple, however, should be taken with a pinch of salt as this is still the first mention of it that we have heard. As per a report by 9To5Mac, back in 2017, Apple announced the launch of AirPlay 2, which the company mentioned would also be available for certain Beats products. It could thus be a possibility that Apple's supply chain is mixing up a so-called cheaper HomePod with a Beats product which features AirPlay 2.