Following a crackdown on VPNs by the Chinese government, Apple has removed VPNs from its Chinese App Store. which was used to enable people to bypass censorship in the country. 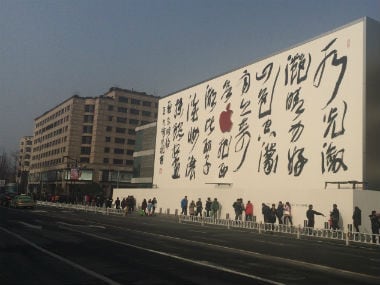 Apple has removed VPNs on the Chinese App Store. Wikimedia

VPN, an acronym for Virtual Private Networks, has always been a bone of contention for the Chinese government. As per this blogpost on ExpressVPN, a proxy server provider widely used in the China, VPN's have been reportedly removed from Apple's Chinese App Store. ExpressVPN received a notification from Apple stating its need to comply with the Chinese order, which sees VPN as 'illegal' in the country.

However, the notification did say that ExpressVPN would be available in other territories except for China. VPNs are an easier way for people to remain unnoticed from Chinese censorship because it obfuscates requests for data.

As per earlier reports, a Chinese telecom carrier had said that it had begun closing VPNs and other tools that can bypass the so-called Great Firewall, which state authorities use to filter and block traffic between Chinese and overseas servers. Enlisting telecoms firms in its bid to control the country's internet will extend China's control of its cyberspace, which it believes should mimic real-world border controls and be subject to the same laws as sovereign states. Dozens of popular China-based VPNs have been shut down in recent weeks and there have been rolling attacks on overseas VPNs.