Apple is now selling a product for users who want a better graphics processing unit to plug into one of the Thunderbolt 3 ports for their new MacBook Pros. Apple collaborated with Blackmagic Design to design the new Blackmagic eGPU, with a built-in Radeon Pro 580 graphics card and 85 W of charging power. 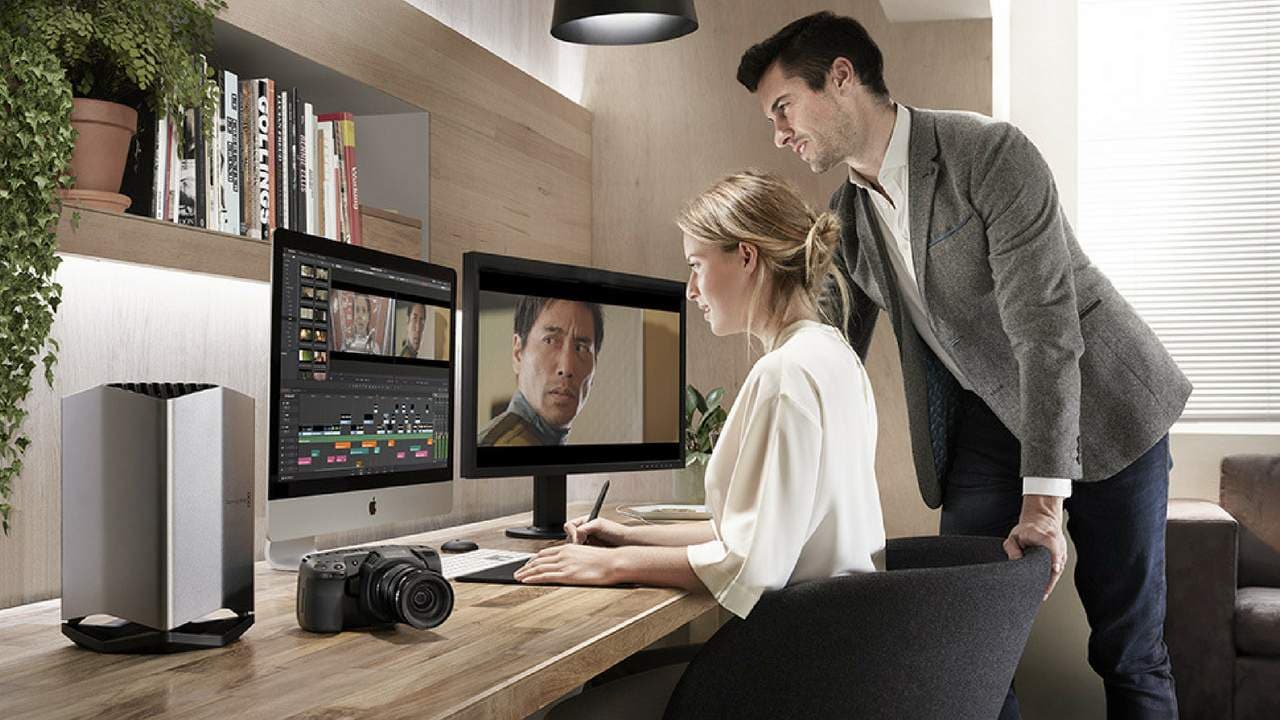 According to Apple, the eGPU should give 2.8 times faster graphics performance on the 15-inch MacBook Pro and 8x the performance on the 13-inch model. If you're going to be using the Apple-recommended LG UltraFine 5K display, this eGPU will certainly help.

It is an all in one GPU, which means that you do not need to put in your own graphics card, as it comes with a built-in one already. This means that you have less flexibility in terms of the graphics card, but at least it'll be a much simpler setup. The bundled Radeon Pro 580 GPU is indeed a powerful one and you're unlikely to need a new unit over the next couple of years, but having an option to upgrade would have been nice.

The eGPU can be used as a docking station because there are two Thunderbolt 3 ports, a four-port USB 3.1 Type-A ports and an HDMI port supporting 4K output.

According to Blackmagic, the cooling system is quieter, with sound as low as 18 dB. This is because the casing of the eGPU is made of aluminium, which helps dissipate the heat.

The Blackmagic eGPU is available for purchase on the Apple website for $699 and also in some select Apple Stores.