If you are an Apple user who was looking forward to some sort of merger between the mobile and desktop operating systems of the Cupertino giant, then you are in for a disappointment. 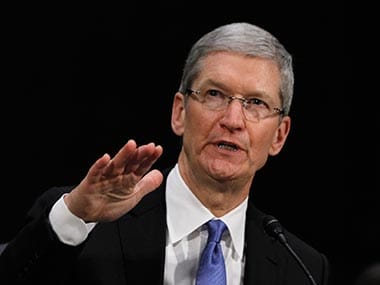 In an interaction with The Sydney Morning Herald, Cook said that merging the two worlds (tablets and computers) could lead to trade-offs and compromises. He said the reason the iPad and the Mac were incredible, was because they are pushed to do what they do well, hinting at the different underlying operating systems.

When asked about how the iOS and macOS strategy was different from the Universal Windows Platform (UWP) apps that Microsoft has come out with, to make apps device agnostic, Cook said, "So maybe the company would be more efficient at the end of the day. You know it's about giving people things that they can then use to help them change the world or express their passion or express their creativity. So this merger thing that some folks are fixated on, I don't think that's what users want," said Cook.

This throws the speculations that we had heard towards the end of last year, of Apple's Marzipan project, off the rails.

According to a report by Bloomberg, Apple was expected to start a project code-named 'Marzipan' as early as 2018. This would enable iOS apps which are made for the iPhone and iPad, to also work on the computers and laptops offered by Apple. A sort of Universal Apple Platform if you will. Currently, software developers have to develop two software for both iOS and macOS platforms separately.

Project Marzipan it was speculated would let the apps intelligently be compatible with the touch as well as with the trackpad, depending on the devices they were launched on. The report stated that the move came in light of the limited selection of apps on the macOS store, which were updated much slower than the iOS apps.

According to ArsTechnica, Cook's statement may not necessarily mean that the macOS/iOS interoperability would be a dead project. Apps that support the interoperability need not have a unified underlying operating system.

When asked which devices he loves to use, Cook told The Sydney Morning Herald that he used the Mac when at work and the iPad at home and always the iPad when he was travelling.