The main intention behind the pooling of resources by Apple and IBM is to make iOS applications more intelligent.

Apple and IBM have been in a strategic partnership since 2014 and have put out more than a hundred new apps for iOS devices. The two tech giants have now decided to combine IBM Watson machine learning with Apple's Core ML framework. 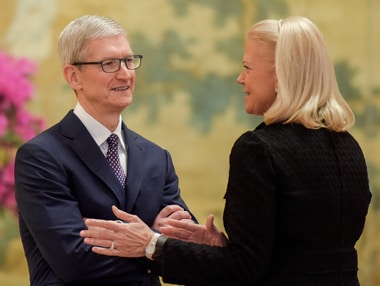 The main intention behind the pooling of resources by the two companies is to make iOS applications more intelligent. According to a report by TechCrunch, developers can essentially build a machine learning model using Watson using repository data to train the model and then convert that model into Core ML.

Here, Watson is used to develop the AI model needed to perform a particular task and is then converted to Core ML to create an app which is able to do the task locally.

As per a report by 9To5Mac, this could be a major breakthrough in speeding up app processes as they will no longer need to send processed information back to its server for a solution and will instead do it locally.

A report by Fortune also notes that Coca-Cola might be currently testing the combined setup with a test intended to see whether it can be used to help field technicians inspect and service vending machines. While we do not the results of the test or the findings from it just yet, we could expect to see the outcome in the near future.

Talking about the collaboration, IBM said that the partnership with Apple had always been about leveraging the power of big data with mobile devices and that machine-learning would take the ability of apps to a new level.