Apple that recently introduced wireless charging to its smartphone lineup has acquired a New Zealand-based firm PowerbyProxi for an undisclosed sum. 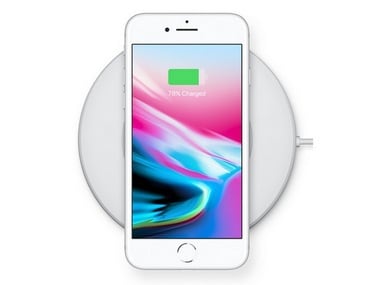 The Apple iPhone 8 on a wireless charging pad

According to a report in stuff.co.nz on Wednesday, Apple bought PowerbyProxi which specialises in wireless charging technologies based on the Qi wireless standard.

Auckland entrepreneur Fady Mishriki set up PowerbyProxi in 2007 with the goal of helping people charge everyday devices such as mobile phones without having to plug them in.

"The company now employs about 55 staff and holds more than 300 patents relating to wireless charging," the report added.

Powerbyproxi's team would be "a great addition as Apple works to create a wireless future", Dan Riccio, Apple's Senior Vice President of Hardware Engineering, was quoted as saying

"We want to bring truly effortless charging to more places and more customers around the world."

AirPower offers a generous active charging area that will allow iPhone 8, iPhone 8 Plus or iPhone X customers to simultaneously charge up to three devices, including Apple Watch Series 3 and a new optional wireless charging case for AirPods.

Currently, iPhone 8 models can be charged by third-party pads, but transfer power is limited to 5 watts.