App Weekly: Fluffy Fall, Rangoli Rekha and other casual games to keep you engaged this week

Easy to learn and with enough levels to keep you engaged, this collection of games has something for the casual gamer in all of us.

There are many things you could use your phone for. Scroll through Facebook or read a few op-eds or engage in yet another DC vs. Marvel battle over WhatsApp.

However, one of the more relaxing and enjoyable things you could do is to play a casual game. Easy to learn and with enough levels to keep you engaged, this collection of games has something for the casual gamer in all of us. Become a cat and hunt down fish with harpoons in Fishercat. Image: Google Play Store

Fluffy Fall is an adorable game about soft cubical creatures falling into a never-ending abyss! On their descent, they will encounter lasers, spikes, ice caves, magma tubes and other potentially fatal obstacles. The game starts off at a manageable pace, you fall down a couple of levels and think this game couldn’t possibly be difficult. However, the game speeds up to a manic frenzy where you fall faster than you can see the next hurdle in your path, much less change trajectory to avoid it.

Like all great addictive casual games, Fluffy Fall keeps the mechanics constant while including sufficient variety to make each fall feel new. There are a variety of obstacles and Fluffies to be unlocked. The Fluffies look so helpless that you almost feel sorry for putting them through the brutal obstacles in the game. However, once you steel yourself, you’ll start collecting them with a vengeance. There are amusing Fluffies like the sushi or burger one that you’d rush to unlock.

In short, Fluffy Fall is the ideal addition to your app drawer if you’re looking for a game that is fun, takes only 5 minutes to play, and looks good enough to eat. 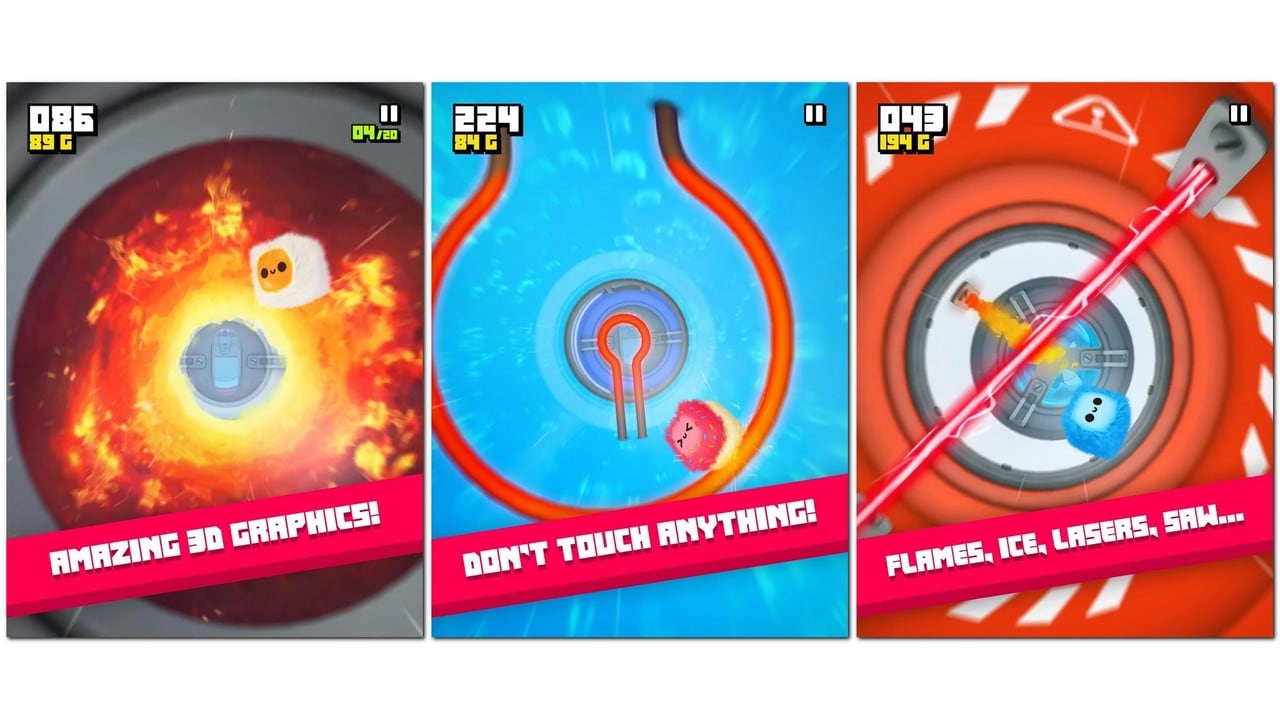 2048 changed math games forever. Instead of letting it be a subset for those heavily involved in puzzles, 2048 made itself intriguing to everyone who wanted to take a shot. The rules were much easier to understand than the standard math game and based on an intuitive concept that did not need much explanation. That is the reason why, even post the period when people were crazy about the game, many of us still have it on our phones (saved even through ruthless app uninstalling sessions).

2 for 2 combines 2048 with a match 3 game in the best of ways. You may even enjoy it more than its predecessor it is clearly influenced by.

The levels present you with a grid of starting numbers ranging from 2 to 8. The aim is to link as many of these together to create blocks of higher value, then link those and so on.

Your 2048 skills will translate very well on 2 for 2. If you’re just starting with this one, you will be happy to find a match 3 game where actual puzzle solving is involved. Play 2 for 2 no matter what level of 2048 expert you are. If you are at the top, you will appreciate a new challenge! 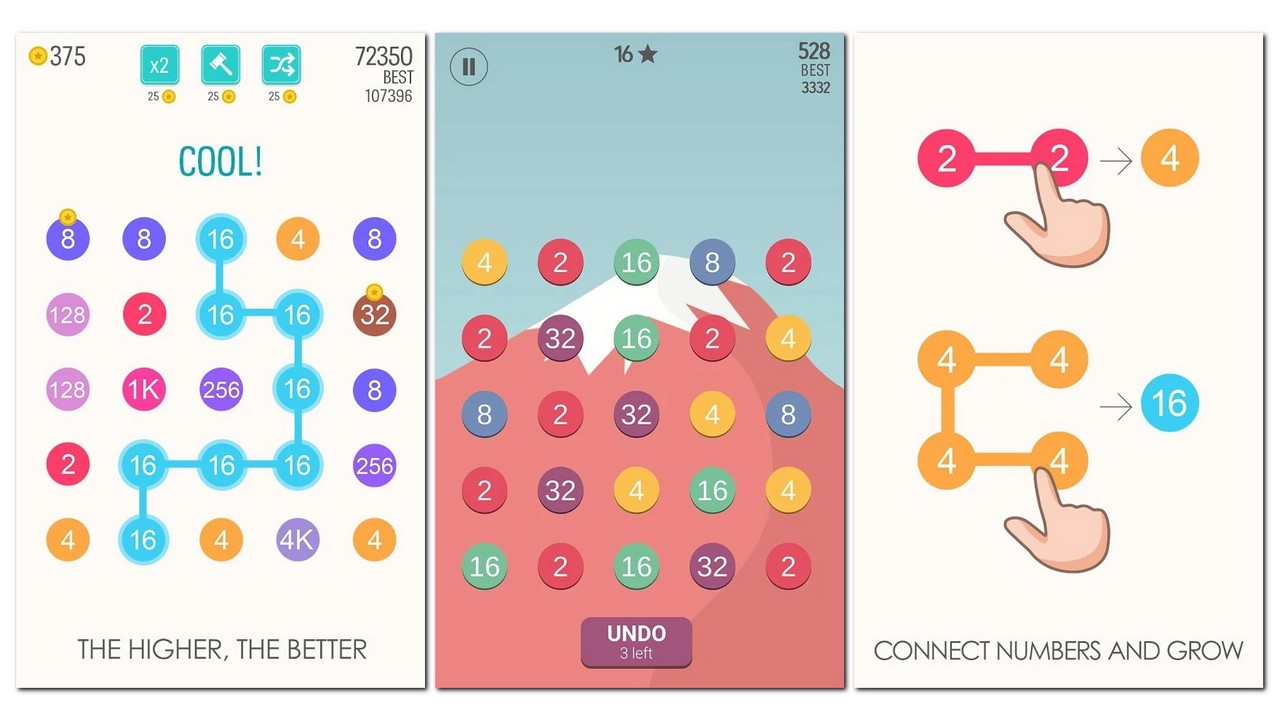 The aim in 2 for 2 is to link as many of these together to create blocks of higher value, then link those and so on. Image: Google Play Store

Fishercat takes the pet cat out of its privileged indoor environment and into the great outdoors to fend for itself. The cat in question prefers to laze on the sand on his island. When the temptations of capitalism get too much for him, he decides to fish in the neighbouring islands.

Fishercat takes an oxygen tank and dives so he can see which fish will make him greater profit. The mechanics include dragging the retractable arrow towards the fish you want and aiming it accurately. It takes enough practice to make you want to be good at it.

Fishercat comes across a huge variety of fish in the deep blue. There is ordinary salmon and the clownfish you feel bad for killing because it might be Nemo’s dad. There are also huge, gorgeous sharks who might attack you for being a cat out of water.

The story revolves around upgrading the fishercat’s beach shack, harpoon and boat. There is also a nice conversation going on with the fishercat’s friend as well as the daily news updates. The game is fairly nuanced for a casual game but the frills aside, it is just insanely fun to shoot at fish!

HeliHopper is a game about landing helicopters in an unusual way. Instead of floating safely to the ground like a metal fairy, you have to make the helicopter jump from the pad it occupies to the goal, making adjustments as it falls.

This rather rash method yields results when you’re able to pick up gold floating in the sky or land on really improbable helipads. Hopping off of helipads is an incredibly relaxing casual conquest. With the right helicopter, provided graciously from a collection within the game, you can hop over buildings and onto tiny helipads.

The game has one-touch controls with a scope showing you the trajectory of your jump. You can even change the fall midway by hopping to either side. The graphics of this game veer towards the adorable spectrum. You’d feel like saying ‘Aww’, even when you watch the helicopter crash and burn due to your failures of judgement. Hop to reach objectives or hop endlessly in the other mode, but hop you must. 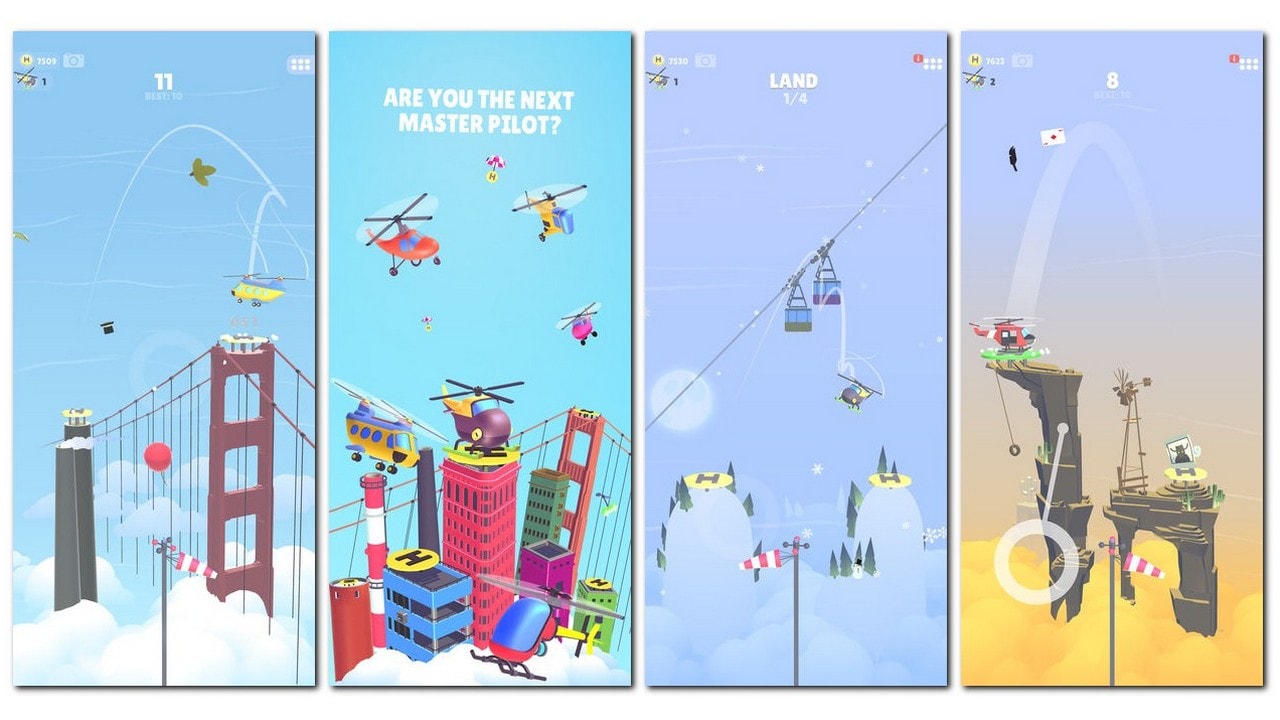 Helihopper is a fun game where you hop from a helipad to another. Image: Apple iTunes Store

There is no dearth of match 3 games but it is nice to see a story-based match 3 featuring Indian elements. In Rangoli Rekha, we follow the overactive imagination of our protagonist who imagines that her teacher is, in fact, a maharaja out to rob the world of its colour.

The protagonist, now a princess, has to restore colour to the world the only way she knows how by making rangolis. The match 3 puzzles are just the right balance of challenging and relaxing to make breezing through the levels fun. The game is exceptionally well designed and the characters appear to have been stolen straight from a storybook.

The game keeps the levels fresh by adding elements to keep you engaged. Free butterflies caught in the match 3 grid so they can fly away to fill the rangoli or collect enough colour to meet the goal. This is the best game if you want a taste of Holi all year long! Match and win to complete Rekha’s colorful Rangolis with a little help from her butterfly friends in Rangoli Rekha. Image: Google Play Store