Breakneck becomes one of the must-try games of the week, being a gorgeous runner where users control a sleek craft gliding a few feet off the ground.

Find a new way to keep you busy in this list. Have a go at Breakneck, a slick racer or Lol Kart, which might be more your pace. For a short, casual game, install Slide the Shakes or Mr. Know it All. Read more about these below. 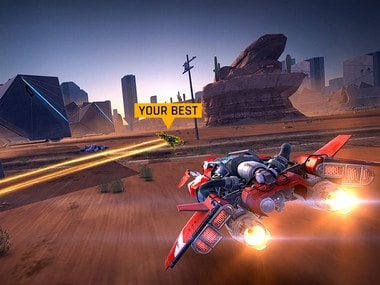 Breakneck is a great casual game for all those times when you just want to race across a possibly alien planet. Image: PikPok Racing

Breakneck is a gorgeous runner where you control a sleek craft gliding a few feet off the ground. It races across the landscape like a speeder bike and gives you all the Star Wars feels you could ask for. The winning feature of Breakneck is the graphics. There is a new world to play every day and these are rendered in gorgeous detail. There are ramps and tunnels hidden in each level and you can discover more of these each time you replay. Breakneck is a great casual game for all those times when you just want to race across an unbounded, possibly alien planet with an enemy at your heels. The controls are easy to use but the game is hard to master, giving you the perfect blend that will have you itching for a chance to get back to this game.

Dokdo is a game where you can build your own maritime empire. You start off small, with a boat and a tiny island to call your own. Slowly, you amass wealth through fishing, the results of which you can trade at major ports across the world. You can gather resources of all kinds and use them to upgrade your port and ship. Be wary of other ships, though! They might look harmless and friendly but they are neither. Primarily a resource management game, Dokdo is interesting because of the combat elements and the neatness of it all. The graphics in Dokdo are amazing but because it is based in the sea and there is not a whole lot going on on the surface, there are plenty of stretches where you sail with nothing much to see. Dokdo has a realistic trade system and you will come to appreciate how intricately trade has been featured in the game. 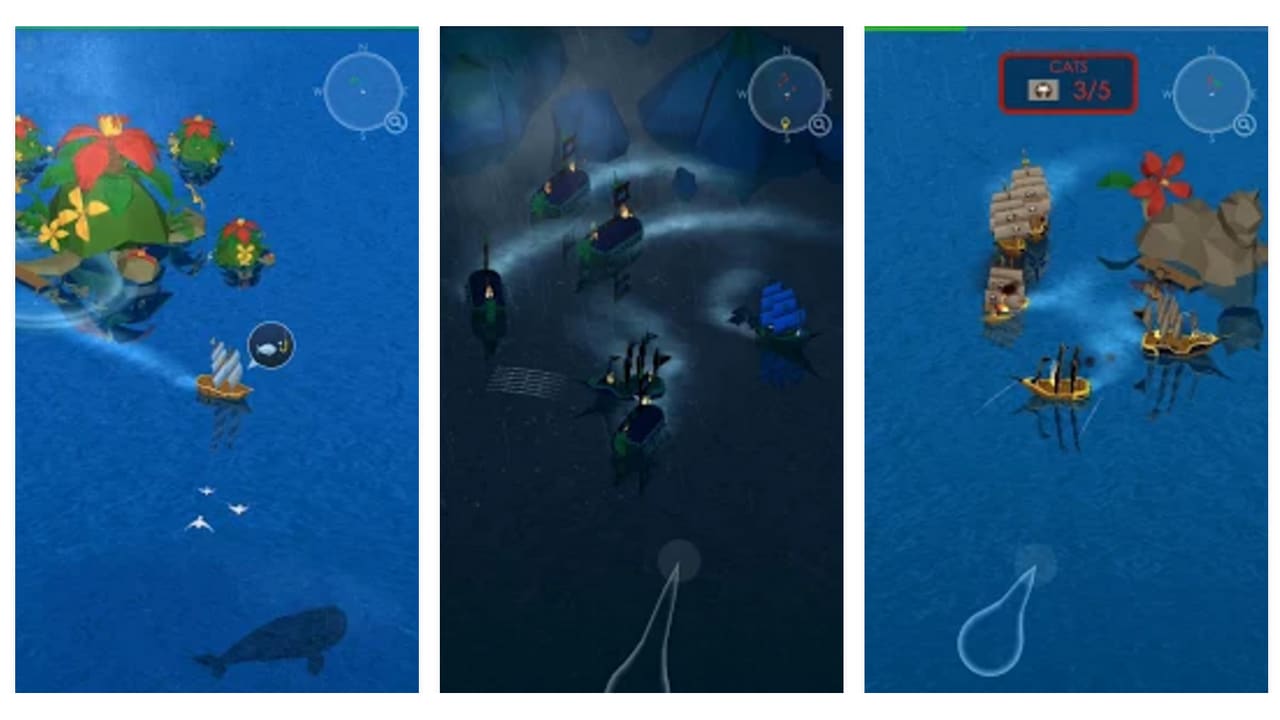 In this game you, well, slide some shakes. As is a well-established fact, milkshake does bring the boys to the yard but it must be served to them. The counter in your milkshake shop was apparently designed by teenage boys who love Hotwheels tracks. There are ramps and boosters that the glass will have to face before it is ready to be consumed. Clear the levels by choosing the magnitude of force to be applied. The game has stylized graphics and real milkshake recipes for when you feel the need to treat yourself.

Mr Know it All

Mr Know it All is a frantic trivia game where you just need some common sense to win. The game presents you with a volley of simple questions like, 'Is this object green?'. Where this game becomes interesting is when the questions come at you faster than you can make sense of them. You might find yourself calling a pizza a vegetable if you are not careful enough. The funky graphics and soundtrack make this game complete. And there you have it, the ultimate test where you can either feel stupid or be proud of yourself for knowing basic facts you would have acquired living as a human person. On a side note, this game would make a great training module for aliens visiting Earth for the first time. You have heard of the Marvel universe and the DC universe but have you ever heard of the Dreamworks Universe? If you haven't, you are not missing out on much. This game is an attempt to recycle the huge cast of characters from Dreamworks movies we have loved. There's Shrek, Kung Fu Panda, How to Train your Dragon, Croods and Madagascar. What the developers chose to ignore is the fact that although each of these movies was enjoyable in its own right, the characters don't necessarily get along or make any coherent sense. Yes, DC and Marvel did mash up their characters in games but it made sense precisely because they are already established heroes. One of the heroes in this game is Po's timid foster parent, the goose called Mr Ping. He apparently throws momos at the enemy. In apparent desperation to make this idea work, the game is fleshed out with voice acting and cut-scenes. These do start making sense after some time and if you can ignore the absurdity of the premise, Universe of Legends isn't a bad game. Unfortunately, even after all these characters (and ghastly loading screens with horrible mash-ups), the combat itself has been greatly ignored. In fact, you can click the 'auto' button and have the heroes fight for you. Essentially, you could play this as an RPG with some combat or solely as an RPG. Well, it still is fun to see Po and the sarcastic penguin fight the old, sassy lady from Madagascar (no wait, that does not sound right).

Lol Kart is a loony, rude game about a bunch of hairy dudes in vests riding their go-karts across outlandish tracks. The game is not as much of a racer as it is a runner. There are boosts to be collected along the way and you can also attempt to perform tricks and stunts. The game is a great time-killer and you might be delighted with how quick the characters are to pull the middle finger on each other. Lol Kart is a game for truly finer sensibilities, as you might have guessed by now. Flaming Ring is a new, modified version of Tic-Tac-Toe and Chain Reaction. This beautifully designed game pitches you against the computer in a fight to take over the board. The mechanics of the game are easy to understand but allow you to play on a number of complex boards. The game mixes a bit of some other games you might have played but the end result is quite unlike anything you have seen. The puzzles urge you to think carefully before every move and the strategy required will delight most players. If you enjoyed playing Tic-Tac-Toe in the back of your notebook in class, it is time to graduate to Flaming Ring.

Play the game for the unique puzzles and the cool space facts thrown in between levels. Did you know a spacesuit costs 12 million dollars?