Further confirming to the news is Android O’s website saying it is live streaming the event from New York at 2:40 pm.

Adding to the already existing enthusiasm over the solar eclipse and the release of Android O, Evan Blass has teased a new image with the Android bot wearing an Oreo top. Considering the big debate over the name of the next Android OS, it could most likely be Oreo, now that Blass has also tweeted two images with this name.

Also, the Android O announcement is expected to take place at the same time of the total solar eclipse, which is happening after 99 years in the US, since 1917. 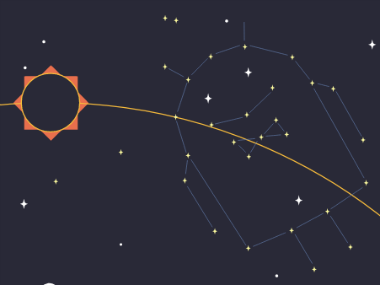 Android tweeted the time on its official Twitter page and has linked to a countdown as well.

"On 21 August, a solar eclipse will sweep across the entire United States for the first time since 1918. Android is helping you experience this historic natural phenomenon so you can learn more about the eclipse and countdown to the big day—when you’ll meet the next release of Android and all of its super (sweet) new powers, revealed via live stream from New York City at 2:40 pm ET," said the Android blog post.

According to IST, that would be 12:10 am on 22 August.  While there is still some confusion regarding the exact name of the next Android version, it seems almost certain that Oreo would be it, as it is known quite well internationally. And this wouldn't be the first time Android would be naming its OS version after a well-known brand. Android 4.4 was called KitKat, for instance. According to the Android O’s webpage it will be live streaming the event from New York at 2:40 pm. which will run next to Nasa's feed on their website. Pixel owners will be the first to get the sweet taste of the new release.

Be honest with me: I should have rotated it 90 degrees CCW, huh? pic.twitter.com/bqfhxMwhyC — Evan Blass (@evleaks) 19 August 2017

The informative website provides an eclipse tracker for fans in the US. Making the most of these two events,

Google will also have a Megamovie Project where Google will stitch all the footage gathered from over 1000 volunteers across the eclipse path. It has also plugged in how one can use the Google Assistant to learn more about the solar eclipse.