Android 8.0 Oreo: Here are some of the major updates in the newest operating system

Hints from the code and promotional videos have previously indicated that the operating system could be named Android Oreo or Android Oatmeal Cookie.

Android 8.0 officially landed on 21 August, during first total solar eclipse in the US since 1917. The launch was conducted through a livestream. 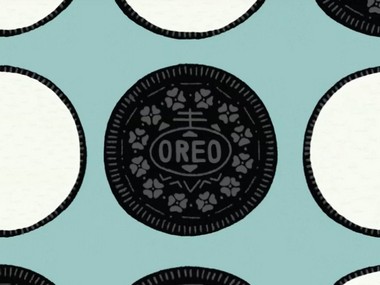 Developers have had access to a preview version of Google's latest mobile operating system since mid-March, with updated versions releasing in May, June and July. Hints from the code and promotional videos have previously indicated that the operating system could be named Android Oreo or Android Oatmeal Cookie. We now know that Android 8.0 is officially called Oreo.

Some of the features were limited to the Pixel phones during the releases of the developer previews. Here is everything that is new in Android Oreo. An autofill framework in the operating system makes the repeated filling of forms easy for the user. This can range from sign up information to a new service, or credit card information to make a payment. The feature will prevent frustration and repetitiveness by allowing users to quickly fill in a form. Users will have to opt-in for the Autofill framework, after which new and existing applications can make use of the feature.

A new picture in picture mode, which was initially introduced for Android TV is now available on Android-based smartphones as well. The mode is meant mostly meant for videos, so users can continue operating the device without interruptions even while watching a video. One of the earliest applications to use this new feature, is WhatsApp, which had included a picture in picture mode for video calls in the beta version, meant to be rolled out with the launch of Android Oreo. One of the most interesting changes in the UI is the support for adaptive icons. Original Equipment Manufacturers can specify a look and feel for the UI by choosing between various icon shapes. Different shapes can be used on some models. The feat is achieved by applying masks over a base layer. The supported shapes are Circle, Squircle, Rounded Square and Square. Adaptive icons can be created using Android Studio.

New colour management features allows developers to load bitmaps with an extended colour gamut to take advantage of newer devices with displays that support wider colour gamuts. Android Oreo also allows for multiple displays, with users being able to move activity from one screen to another. An App Category feature allows developers to categorise their applications, which will be clustered together when presented to the user. There is also a new Android TV launcher that allows users to configure which channels they want to see on the homescreen. The developers have the option of publishing multiple channels.

Each application is now allocated a cache budget. When the system is low on resources, the applications that exceed the cache budget the most will be the first to have their cached files deleted. Developers can avoid the penalty by making sure that their applications stay within the limit of the cache allocated to them. Developers can use a special request to indicate that they need cache space for especially large files, in which case, Android will clear the cache to accommodate the request.

Content refreshing is now more streamline experienced, as there is now an easier way for applications to check if they are displaying the latest content on the screen. Developers can also set custom triggers to update the content when it is stale or outdated, even without a specific request from the user. There are now background execution limits, to make sure that the applications running in the background are not hogging up an inordinate amount of system resources. There are improvements in the OS that allow developers to comply with these new background execution limits.

Media playback should be significantly improved for users, as now there is fine-grained control to scrub to a particular frame in a video. The MediaPlayer now also has support for DRM protected material. A VolumeShaper functionality allows developers to integrate support for fade-outs, fade-ins and crossfades. Streaming from the device has been improved with the support for MPEG2_TS. Applications can also now mix multiple audio and video tracks at once, for streaming purposes. This is particularly useful for streaming gameplay videos where users can capture the screen, themselves through the front-facing camera, the audio from a game, and any commentary from the user.

There is now support for Wi-Fi Aware, an energy-efficient way by which supported hardware can discover and chat with each other without a Wi-Fi hotspot or an internet connection. There is also a support for the new Bluetooth Low-Energy (BLE) 5.0 standard. A smart sharing feature allows the operating system to guess the context of a photo, and pick the best application to hand the image over to. For example, if the photo of a receipt is clicked, an expense tracking application is pulled up, but if a selfie is clicked, an instant messaging client is handed over the image. The phone learns the behaviour of the user over time, to improve the guesses of the smart sharing feature. A smart copy feature enables similar functionality for text, figuring out if an address, phone number or name of an entity is copied, and directing the copied information to the most relevant application. For example, if an address is selected, a floating toolbar suggests applications, including a maps app, into which the selected text can directly be pasted.

There are some new permissions that are available to developers. Applications can be configured to programmatically answer phone calls, which may allow for a new type of applications to use the added functionality. Android has normal and dangerous grades of permissions, for security purposes, and the ability to answer phone calls is classified as a dangerous permission. Browsing on the web has now been made more secure with the integration of the Google Safe Browsing API.

HMD Global has confirmed Android Oreo updates for the Nokia 3,5 and 6 smartphones. A number of Xiaomi Redmi and Mi devices will also get the update, although Nougat is still in the process of being rolled out.