Samsung Galaxy S9 Mini the ‘mini’ variant of the flagship Galaxy S9 features the full-screen design, a dual camera setup and does not have a notch.

Samsung Galaxy S9 Mini was rumored to launch in March 2018. A leaked video released on Slashleaks recently shows how the front and the rear of the device will look like. 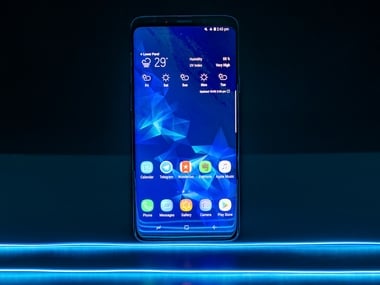 The Galaxy S9 Mini is supposed to be a ‘mini’ variant of the flagship Galaxy S9 and so it features the same full-screen design as its flagship counterpart.

The phone does feature the much emulated dual camera setup like the iPhone X. It does not, however, have a notch. In the video, you can see a fingerprint sensor mounted at the back.

Coming to the specifications, in terms of display the Samsung Galaxy S9 Mini is expected to have a 5.8-inch QHD+ display with a resolution of 1440 x 2960 pixels.

Powering the device will be Snapdragon 660 and it will come in 4 GB RAM and 6 GB RAM variants.

A listing on Launch Studio sometime back suggested that the name of the device might be Dream-Lite, but we cannot confirm that. Also, there is no news about when the model with be launched.