Amazon said 54 states, provinces, districts and territories in the United States, Canada and Mexico were represented in the bids.

Amazon.com Inc has received 238 proposals from cities and regions across North America vying to host the company’s second headquarters, it said on 23 October. 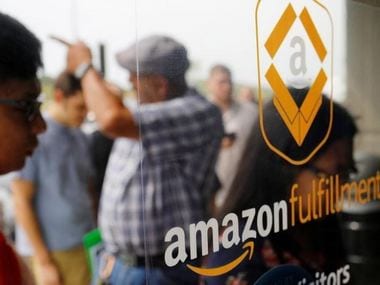 The number of applicants underscores the interest in the contest, which Seattle-based Amazon announced last month. The world’s largest online retailer said it would invest more than $5 billion and create up to 50,000 jobs for “Amazon HQ2”. The deadline for submitting proposals was 26 October.

Amazon said 54 states, provinces, districts and territories in the United States, Canada and Mexico were represented in the bids. Some said this month they could offer Amazon billions of dollars in tax breaks if they were chosen. New Jersey proposed $7 billion in potential credits against state and city taxes if Amazon locates in Newark and sticks to hiring commitments, for instance.

Amazon did not disclose the range of incentives it was offered in the proposals. Others took different tactics. The mayor of the Atlanta suburb of Stonecrest, Jason Lary, said his city would use 345 acres of industrial land to create a new city called Amazon. Amazon Chief Executive Jeff Bezos would be its mayor for life, Lary said.

Amazon is expected to choose a city that will help it recruit top talent to stay competitive with rivals such as Alphabet Inc’s Google. The company has said it will make a decision next year.