The news came a day after Alphabet Inc’s Google said it would block its YouTube video streaming application from two of Amazon's devices.

Amazon.com Inc and Apple Inc have partnered to bring the Amazon Prime Video app to Apple TV in more than 100 countries, the companies said on Wednesday. 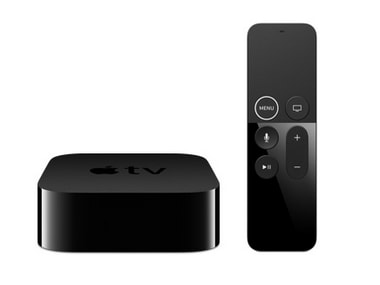 The news came a day after Alphabet Inc’s Google said it would block its YouTube video streaming application from two of Amazon’s devices and criticized the online retailer for not selling Google hardware.

Apple Chief Executive Tim Cook had said in June that Amazon’s streaming service would be available for Apple devices later this year.

Apple TV, a device for watching movies and television over the internet, will also start featuring live sports from its own Apple TV app this week, Apple said in a blog post on Wednesday.

While live sports were previously available on Apple TV in apps from ESPN and the National Basketball Association, the new additions to Apple’s own app enable features like sending alerts to connected iPhones and iPads when a big game is about to start or when a user’s favourite teams are locked in a close game.

Wednesday’s announcement followed a negotiation stretching back at least to 2015 when Amazon stopped selling Apple TVs on its retail site.