Amazon Prime Music users can simply ask Alexa to play any podcast episode of their choice via voice command.

Amazon Prime Music has announced the launch of podcasts in India. These podcasts will be available on the Amazon Prime Music app on Android and iOS, Web player and Amazon Echo devices starting today. Notably, Prime members do not need to pay any additional cost to listen to podcasts, and they can even download podcast episodes offline listening. According to the company, the platform offers more than 9 million podcast episodes to choose from. 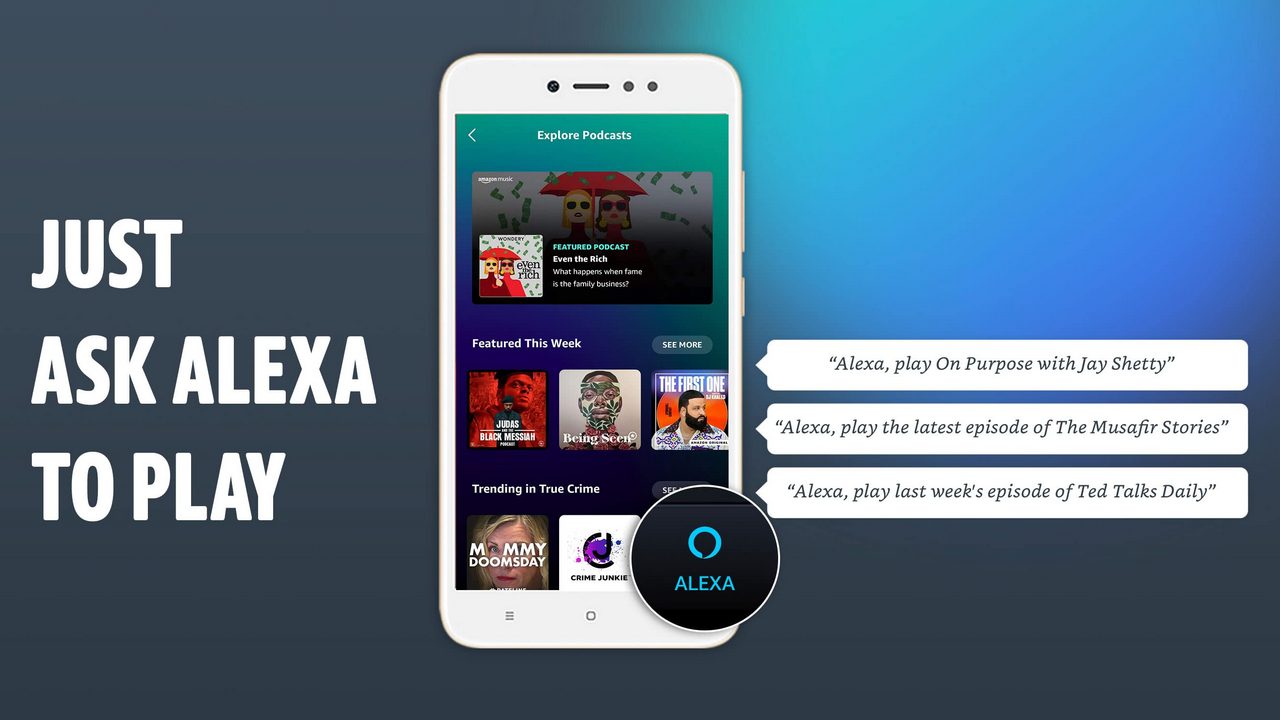 Popular shows on Amazon Prime Music include On Purpose with Jay Shetty, Ted Talks Daily and so on. Image: Amazon

The voices you know and love all in one place! Discover podcasts on Amazon Prime Music. Learn more: https://t.co/VtgVtpOB2I #PodcastsOnAmazonMusic @AmazonMusicIN pic.twitter.com/SHuTXfHIe0

As per the press release, Sahas Malhotra, Director, Amazon Prime Music, India states, “Starting today, our service will evolve from a place to listen to 70 million songs, ad-free into an immersive destination of music, content, culture, and community. We will continue to invest in enhancing the audio streaming experience for our customers, and today’s launch signals a further investment in entertainment and a continued evolution of our service as a premiere destination for music and culture.”