Amazon Music is now available for Android, iOS and web in India and here is how to get started

As far as pricing of Amazon Music subscription is concerned, the service is included in the Amazon Prime membership which is priced at Rs 999 for a year.

This service was initially launched back in 2014 in the US and was available for users in select countries. Users in India were long demanding for the launch of the service as it would bring a large scale competitor to Google Play Music and Apple Music apart from home-grown competition such as Saavn, Airtel Wynk, Gaana and Hungama. 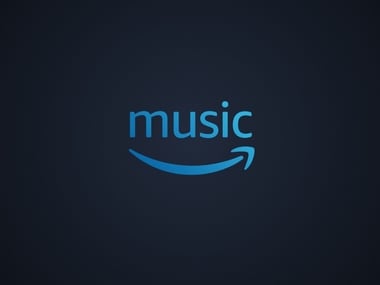 As for the pricing of the service, the service is included in the Amazon Prime membership which is priced at Rs 999 for a full year. This means that you will be able to subscribe to Amazon Music, along with Amazon Prime Video and Prime shipping for Rs 83.25 per month. This makes it more affordable when compared with Apple Music and Google Play Music priced at Rs 120 per month and Rs 89 per month respectively.

Interested users can head to music.amazon.in on their desktop or install the Amazon Music app from Google Play Store for their Android device or the App Store for their iOS-powered device.

One thing to note here is that the app was limited to Amazon Echo line-up of smart speakers before the official launch of the service. Once you install the app, you will need to sign in to your Amazon account. The app will ask you to choose your music preference in terms of the languages with option to choose from 12 languages. After selecting the languages, you will be presented with the home screen along with two additional tabs on the top, ‘Stations’ and ‘Playlists’. After selecting the languages, you will be presented with the home screen along with two additional tabs on the top, ‘Stations’ and ‘Playlists’.

The bottom bar of the app has four buttons, ‘Browse’ to browse through music, ‘Recents’, to check all the recent music, ‘My Music’ for all the music that you have added to your personal library and ‘Alexa’ that uses Alexa to take voice commands from you to play whatever music that you have requested. The app also has settings to specify the data connection used for music streaming and sleep timer for the app to turn off music after a specified amount of time.