Amazon Transcribe and Amazon Translate are available to developers in the preview mode, Amazon Comprehend is already available. 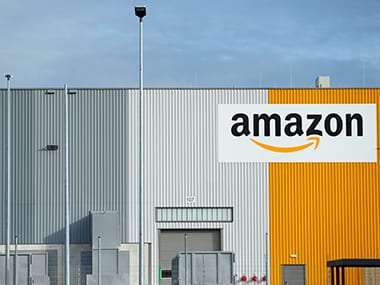 Amazon Comprehend is a natural language processing service (NLP) that allows machines to understand what humans are talking about. Amazon has indicated that the machine learning (ML) models that Amazon uses for Comprehend will be continuously trained with new data. Comprehend provides five key functions to developers, which are identifications of entities, key phrases, sentiment, extraction of key phrases, and extraction of topics from large sets of documents.

Identification of entities scans the text for people, places, brands, products or other proper nouns. Key phrases are a summary of the content of the text, an indication of the intention of the user. The service identifies key phrases, extracts them and ranks them according to the confidence of identification. The sentiment function analyses the text for the emotional value and provides four straightforward outputs — mixed, neutral, positive and negative. The service is available for 100 languages. The response time for these functions are in milliseconds and are meant to be near realtime. The time taken for the topic modelling service to provide an output depends on the amount of text that Comprehend has to work with.

Amazon Translate is a service that provides real time translation of text based content. This allows developers, companies and businesses to reach audiences around the world in their native languages. Amazon Translate uses neural networks to translate between language pairs to drive the service. Through the web service, users can engage with web forums, check out hotel reviews or access documents even if the source content is not in their native languages. One of the things that makes Amazon Translate really powerful is the ability to be used with a number of language oriented AI services on AWS launched last year, including Polly, Amazon's text to speech engine, and Lex, a voice and text chatbot service that powers Amazon Alexa.

Amazon Transcribe is an automatic speech recognition service (ASR) that can transcribe files stored on Amazon's Simple Storage Service (S3) in popular formats including wav, mp3 and Flac. The transcriptions will include timestamps, as well as punctuation marks that are inferred based on the content. The Transcribe service can be used to generate logs of customer care calls and analyse the data, automate subtitle creation, target advertising based on the content and allow for more search capabilities within archives of audio and video content. Translate essentially provides text to speech functionality at massive scales.