Amazon continued its leader spot in the Indian smart speaker market with a 59 percent share in 2018, IDC reports. The e-retailer availed a host of smart products to the Indian market in the past few years including Echo Dot that has the ability to plug into existing speakers. 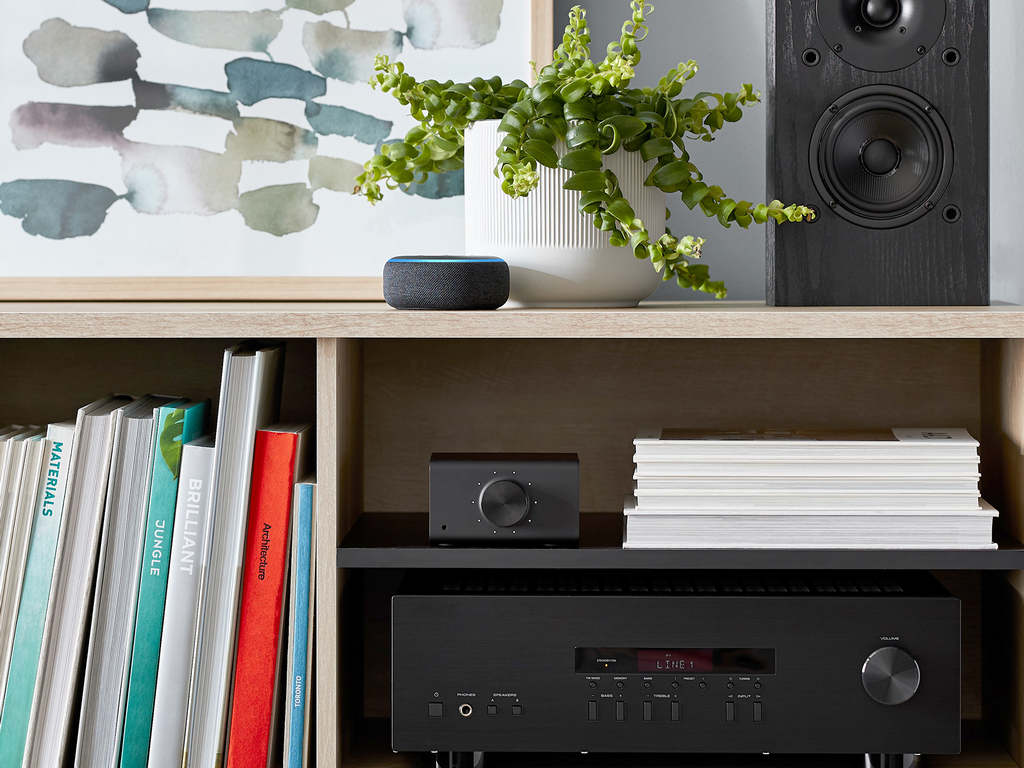 Amazon now seems to be expanding its smart devices portfolio in the country as the company is said to be planning to bring Amazon Echo Link and Echo Link Amp soon. According to a report from MySmartPrice, Amazon will likely bring Echo Link in India as early as the first week of April. The report further indicates that the smart product might come for a cost of around Rs 15,000.

To recall, the Amazon Echo Link and Echo Link amp was launched in the US in September last year. The Echo Link is a minimalist black box that comes with a volume knob up front and a bunch of audio inputs and outputs on the back. Users can connect the audio inputs from their devices to the Link and then connect the Link's audio output to a set of powered speakers. The Echo Link works with Amazon's voice assistant Alexa provided you have a compatible Alexa device for instance Echo Dot. The Link has subwoofer RCA, coaxical, optical, 3.5 mm audio jack and RJ45 Ethernet port. The device, however, doesn't support casting via Bluetooth.

In addition, the report suggests that Amazon might launch Echo Link Amp as well. The Echo Link Amp features similar design cue as the standard Echo Link, however, the device is bigger in size and has added features. The Echo Link Amp which is a part of Alexa's expanded multiroom system features a built-in 60 W two-channel amplifier with digital and analog inputs, outputs. It has subwoofer output and measures 8.5 x 9.5 x 3.4 inches. Notably, both devices don't have a microphone. As for the pricing, reports predict that the Echo Link Amp could come be priced somewhere around Rs 20,000.