Amazon wants Alexa to be a dominant computing platform like Microsoft Corp’s Windows.

Amazon.com Inc on Thursday introduced a dozen new Echo speakers and related gadgets in a bid to stay ahead of rivals Apple Inc and Alphabet Inc’s Google in the nascent category for voice-controlled devices.

The flurry of new products shows how the world’s largest online retailer is working to make ubiquitous its voice-controlled assistant Alexa, which powers the Echo devices. It wants Alexa to be a dominant computing platform like Microsoft Corp’s Windows. 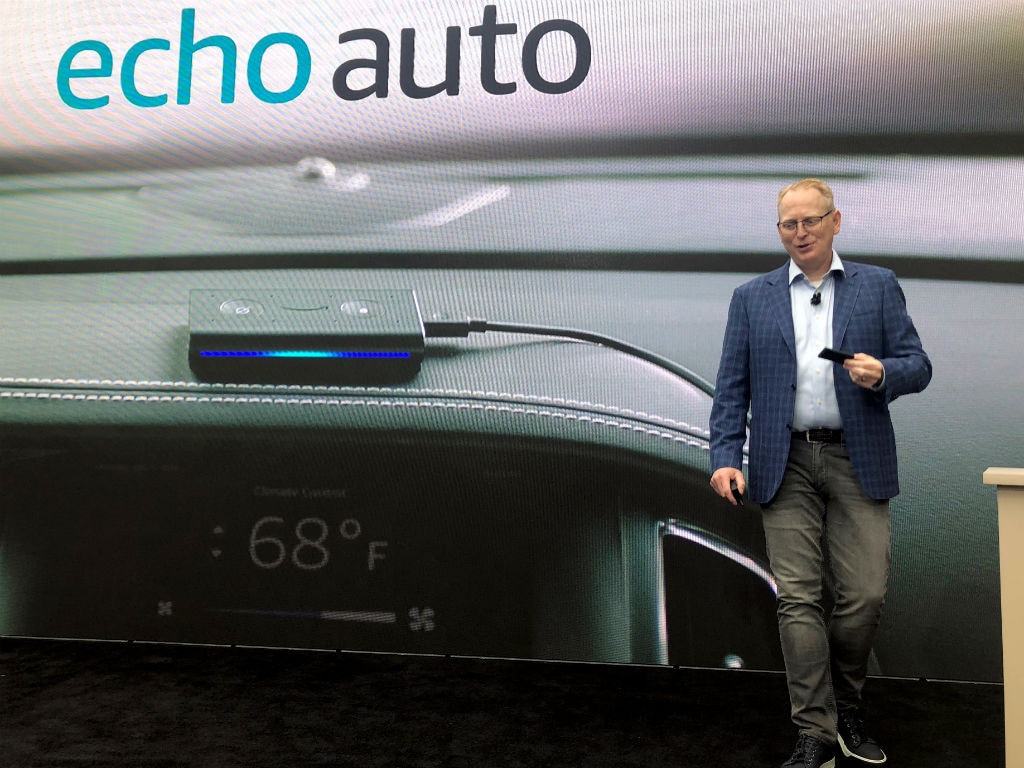 Amazon, at an event in Seattle, announced updated versions of its Echo Show, Echo Dot and Echo Plus, as well as new devices such as a voice-controlled microwave and wall clock. The new Echo Auto is designed to sit on a car’s dashboard and give directions or play music, while plugged into a car’s power outlet.

Shares of smart speaker company Sonos Inc closed down 3.1 percent after Amazon announced a wireless Echo subwoofer and the $299.99 Echo Link Amp to control a home stereo system. By contrast, shares of US security and alarm company ADT Inc rose 6.6 percent after Amazon said its new Alexa Guard service could notify ADT professionals to disturbances in the home.

The new products underscore a strategic difference from Google and Apple, which so far have released fewer devices while Amazon has released many different gadgets for different purposes.

“One or more of these products is likely to resonate, but (it’s) impossible to speculate today,” Michael Pachter, an analyst at Wedbush Securities, said.

Research firm eMarketer has estimated that 40.7 million people in the United States will use Echo devices this year, up more than 31 percent from 2017. Some two-thirds of US smart speaker users will have an Echo this year, versus 30 percent who will have the rival Google Home, which includes some overlapping customers.

David Limp, Amazon’s senior vice president of devices and services, who introduced the new gadgets in Seattle, said the company has made setting up the gadgets easier and has improved Alexa’s understanding of context.

“They’re going to be a lot less transactional, and a lot more conversational,” he said.

Following are a list of products announced at the event:

Echo Dot: Amazon refreshed its Echo Dot line. It has a finer mesh akin to the Echo Plus and Echo and claims to be 75 percent louder. It comes with an updated driver from 1.1 to 1.6.

Echo Auto: The new Echo Auto is meant for cars. It will come with hands-free voice control. Users can pick tunes, call people, or shut off some appliance that you left on at home.

Echo Sub: A sub-woofer that can be paired with Echo or other compatible Echo devices.

Fire TV Recast: Through this, you can live-record TV and transfer it to other devices such as Fire TV, Echo Show, Echo Spot, or iOS/ Android devices.

Echo Show: The new refreshed Echo Show comes with a 10-inch screen. It is compatible with Skype for voice calls apart from the Alexa app.

Ring Security camera: The new stick up security camera is an indoor and outdoor device. The device comes in versions such as wired and battery-operated.

Echo Input: This is a speakerless audio input which allows you to output audio to an existing speaker system. Echo Plus: The updated Echo Plus comes with a fabric redesign on its speaker. It accepts offline commands such as turning off the lights of the bed, just in case your Wi-Fi does not work. It will be equipped with a temperature sensor so that when it gets too hot inside it can turn on the fan.

Alexa clock: This clock comes with 60 LED rings that will show multiple timers, the countdown to an event, visual animations, alarms, and reminders at the same time.

Echo smart plug: This voice-controlled smart plug can control any power outlet that you want to turn off. It does not require a smart home hub.

Echo Link and Link Amp: These are stereo amplifiers that connect to your receiver or amplifier which then connect to your speakers. The Link Amp includes a built-in 60 Watts 2 channel amplifier for an improved quality of sound.