Amazon plans to make thousands of hiring offers in one day when it holds a job fair next week across the country.

In today's economy, speed is everything. Amazon's plans to add 50,000 jobs at a dozen warehouses across the United States and Foxconn's decision to build a $10 billion plant and hire up to 13,000 workers in Wisconsin aren't just feel-good stories of job creation. They reflect the pressures companies now feel to be as close to their customers as possible, a trend that's helping restore some American factories and jobs. 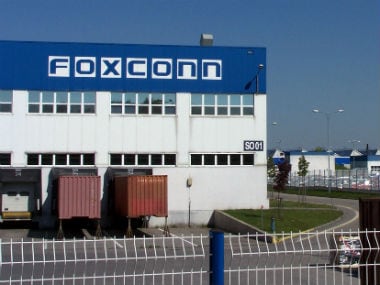 Foxconn is building a factory in Wisconsin. Wikimedia

Computer advances increasingly let manufacturers customize orders and ship goods faster. In the new world, making products in far away low-wage countries like China can be a disadvantage: It can take too long, weeks, months, to ship finished products to the United States. "This is about customer proximity," said Michael Mandel, chief economic strategist at the Progressive Policy Institute. "You develop a sustainable and durable advantage against the overseas competition."

Mandel said the growing trend would have emerged regardless of who occupied the White House. Still, President Donald Trump took the opportunity to take some credit Wednesday for the Foxconn announcement, saying it "definitely" happened because of his election and his pursuit of tax and regulatory cuts. "This is a great day for American workers and manufacturing, and for everyone who believes in the concept and the label, 'Made in the USA,'" Trump said.

Amazon plans to make thousands of hiring offers in one day when it holds a job fair next week across the country. People offered jobs on the spot will pack or sort boxes and help ship them. Nearly 40,000 of the 50,000 jobs will be full time, and most will count toward Amazon's previously announced goal of adding 100,000 full-time workers by mid-2018. The move reflects Amazon's propulsive growth at a time when traditional retailers are closing stores and cutting jobs.

For Taiwan-based Foxconn, building a factory in Wisconsin brings it closer to U.S. buyers of its liquid-crystal display panels, which are used in televisions, computer screens, and automotive dashboards. Foxconn intends to hire 3,000 workers initially and eventually perhaps employ as many as 13,000. It could also receive up to $3 billion in state incentives over 15 years.The company is best-known for assembling Apple iPhones in China, but it's Wisconsin factory won't be building iPhones.

For years, the United States has lost factory jobs as manufacturing moved to low-wage countries, especially China. But America has been regaining some of its competitive edge. The Reshoring Initiative, a nonprofit set up to restore American factory jobs, says that last year, for the first time in decades, the number of manufacturing jobs created by U.S. companies that moved operations back to the United States and by foreign companies investing in America exceeded the jobs lost by U.S. companies moving abroad.

Wages, rents, and property prices have risen in China, thereby reducing the Chinese cost advantage. Machines increasingly do work once performed by people, which has reduced the importance of labor costs. And manufacturers more and more worry that supply chains that cross oceans can be disrupted by such unexpected shocks as earthquakes and other natural disasters, thereby delaying shipments to impatient buyers.

Scott estimates that roughly 40 percent of America's trade deficit in goods of $751.5 billion in 2014 came from the U.S. subsidiaries of foreign companies. For Amazon, the more workers it employs and the more warehouses it operates, the faster it can deliver books, smartphones, and sneakers directly to American households.

As Amazon and other online retailers supplant physical stores as the primary source for American shoppers, fewer and fewer of the employees who stand between customers and their purchases are traditional cashiers and sales clerks. Rather, they're the people sorting boxes and driving forklifts in vast warehouses. Consider that over the past five years, jobs at U.S. department stores have fallen nearly 12 percent. By contrast, jobs in warehouses have jumped 38 percent.

"We're in the middle of a really historic transformation of the job market right now," says Bernard Baumohl, chief economist at the Economic Outlook Group. "You have to broaden your view of what retail is these days." Still, Gary Burtless, an economist at the Brookings Institution, says Amazon may struggle to hire all those new workers: The U.S. unemployment rate has already fallen to 4.4 percent, close to a 16-year low.

"Amazon is going to have to work a little harder than it would have three years ago to fill 50,000 slots," he says. "There's not a reserve army of unemployed" to draw on anymore.