The leaked image does not reveal too much on its own but it does suggest that the Xiaomi Mi Max 3 will sport a dual-sensor primary camera setup.

Xiaomi launched the Mi Max 2 back in May 2017 with a massive 6.44-inch display and a 5,300 mAh battery. While Xiaomi is yet to mention anything about a successor this year, an alleged image of the Mi Max 3 seems to have appeared online. 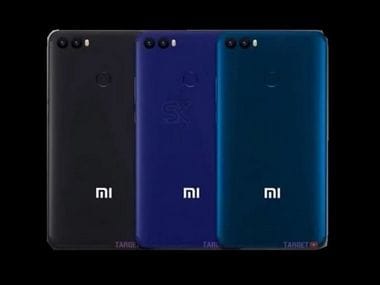 As per a report by GizmoChina, the image revealing the back of the Mi Max 3 has appeared online. While the image does not reveal too much on its own, it does suggest that the Mi Max 3 will sport a dual-sensor primary camera setup, which was missing on the Mi Max 2 and the original Mi Max.

That's not all though. The report also states that a specification sheet comprising the phone's specifications have also found its way on to Chinese social-media platform Weibo. The Xiaomi Mi Max 3 is expected to feature a massive 6.99-inch display with a taller aspect ratio of 18:9.

Expected internals includes a Qualcomm Snapdragon 635 SoC with two separate variants based on memory configuration. So there could be a 3 GB variant with 64 GB of onboard storage and a 4 GB RAM variant with 128 GB of internal storage.

Other specifications of the Mi Max 3 revealed on Weibo include a 12-megapixel rear camera sensor and a 5-megapixel front-facing camera. This is rather contradictory to the leaked image which reveals that the phone will come with a dual camera setup.