Alibaba makes its way into offline services by leading a consortium to buy 10% stake in Chinese courier ZTO Express at $1.38 bn

This would be Alibaba's third investment in Chinese courier after buying a minority stakes in YTO Express Group Co Ltd and Best Inc.

Alibaba Group Holding Ltd on 29 May said it has led a consortium of investors to buy about 10 percent of Chinese courier, ZTO Express (Cayman) Inc for $1.38 billion, as part of the e-commerce firm’s push into offline services. 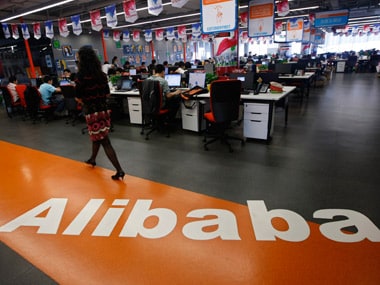 The consortium includes Alibaba’s majority-owned logistics affiliate Cainiao Smart Logistics Network Ltd, Alibaba and ZTO said in a joint statement without disclosing the identity of other investors. They said they expect the deal to close in June.

The investment would be Alibaba’s third in a Chinese courier after buying a minority stakes in YTO Express Group Co Ltd and Best Inc.

The e-commerce firm has been expanding its logistics network at home and abroad as it works to diversify its customer base. As part of that effort, it became majority shareholder in September of Cainiao, which provides logistics support to Alibaba’s main e-commerce platform, Taobao.

ZTO owns 1 percent of Cainiao, which it co-founded with Alibaba and over a dozen other Chinese companies in 2013.

ZTO’s chairman, Lai Meisong, told Reuters the latest deal would allow ZTO and Alibaba to better share resources and help ZTO cut costs through access to new technologies. He said the pair decided to enter a deal so as to work more closely on operations and build trust between affiliates.

ZTO said Alibaba will have a seat on its board.

“This trust will improve the efficiency of our cooperation,” Lai said in a telephone interview.

Shanghai-based ZTO’s $1.4 billion New York listing was the United States’ largest listing in 2016 and was the biggest by a Chinese firm since Alibaba’s $25 billion initial public offering in 2014.

ZTO shares closed at a lifetime high of $19.30 on Friday, their most recent day of trading, valuing the firm at $13.7 billion.