Kerala is being offered free calls, data services, extension in bill payments and more for 7 days.

Rains and floods in the Indian state of Kerala have altogether claimed 97 lives since 8 August. While the Indian Navy has been airlifting people, and dramatic videos are being broadcasted showing people stranded on top of their flooded homes, telecom operators Reliance Jio, Airtel, Idea, Vodafone, and BSNL have announced free call and data services, extension in bill payment dates and other relief measures for seven days for customers in the flood-hit state of Kerala. 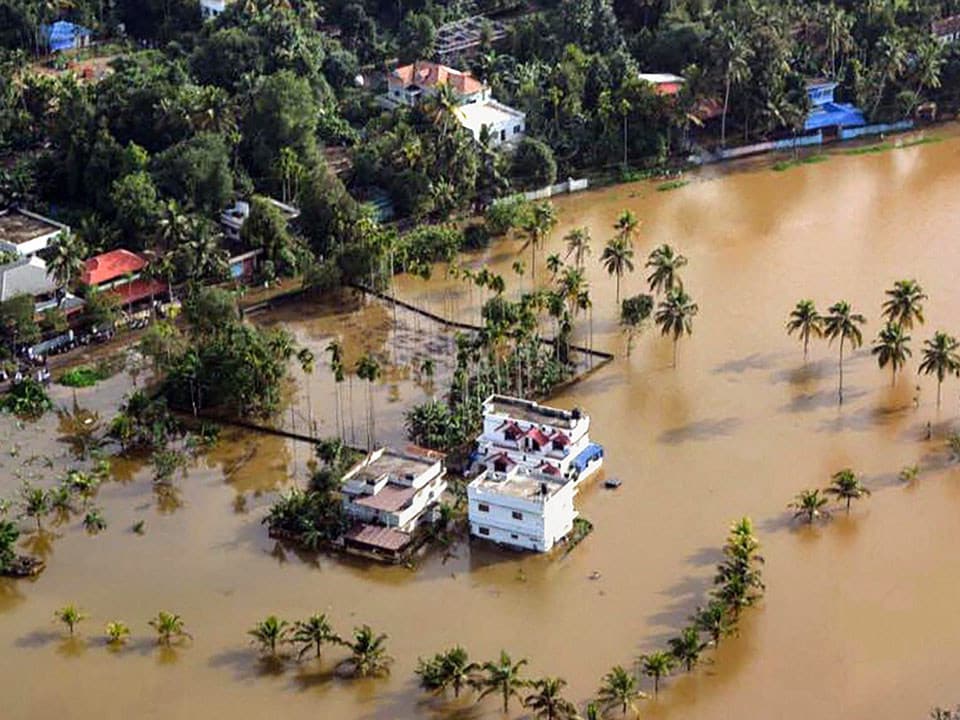 An aerial view of floods in Kerala. Image: PTI

Here is the list of the measures announced by the telecom operators.

Airtel has offered an auto approval of ‘talk time’ credit up to Rs 30 for all Airtel prepaid mobile customers in Kerala. Further, the prepaid users will also get 1 GB of data for free on their Airtel numbers for a period of seven days.

Airtel postpaid and home broadband users have been offered extensions of bill payment dates so that their services are not interrupted.

Customers who are unable to charge their phone can do so and also make free calls from select Airtel flagship stores located in Thrissur, Calicut, Malappuram, Kannur, Kottayam, Trivandrum & Ernakulam.

Vodafone is also offering calling against the credit of Rs 30 per day to pre-paid customers with 1 GB of free mobile data, just like Airtel. Customers need to activate this by sending a text message saying CREDIT to 144 or by dialing *130*1#. Postpaid customers, on the other hand, get an uninterrupted service extension on bill payments.

For a period of one week, Reliance Jio subscribers in flood-hit Kerala will get free voice calling and data. Jio already has unlimited voice calling in several of its plans.

Idea's postpaid customers, get an extended due date for bill payments, and those who cannot charge their phone can do so by going to any company store nearby.

State-owned telecom operator BSNL has offered free calls to both BSNL and non-BSNL numbers, however, limited to only 20 minutes per day. Additionally, SMS and data will be free for customers for a weeklong period

We are sending our prayers to Kerala, that it gets out of the flood havoc soon. Head to the Kerala Relief fund website if you want to help and donate some money.