After slow growth this year, the Indian smartphone market is preparing for a bumper period owing to the upcoming festive season, says IDC.

After witnessing slow growth in the first two-quarters of this year, the Indian smartphone market is preparing for a bumper period owing to the upcoming festive season, a new report said on Wednesday. 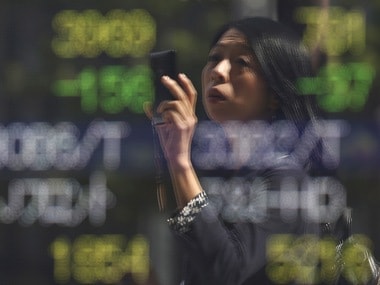 The impact of demonetisation late last year and implementation of the Goods and Services Tax (GST) from July 1 caused weak sell-in shipments in the second quarter as the focus was on clearing the existing inventory.

But as the festive season is approaching, offline channels have cleared old stocks, e-retailers are getting ready for mega online festivals and vendors are set to launch new models in the festive period.

"The sentiment is indeed positive in the market. All the ambiguities have cleared now and vendors are gearing up for the upcoming festival season to recover from the slow start in the first half of this year," said Jaipal Singh, Senior Analyst, IDC India, in a statement.

Indian vendors registered 18 per cent growth (QoQ) in Q2 after continuous decline in previous three quarters but share remains limited to 15 per cent of overall smartphone market. China-based vendors, which registered 9 per cent QoQ growth, continue to dominate with 54 per cent market share.

"Indian vendors are putting all their efforts and second half of the year will be crucial. Either it will see a revival of Indian vendors or emergence of new dominance in the sub-$150 segment from China-based vendors," said Upasana Joshi, Senior Analyst, IDC India.

Despite a decline of 4 per cent YoY, Samsung retained the top brand spot with 24 per cent market share.

"Reliance's 4G Jio Phone has created an excitement both in the channel and consumer front. This may stabilise the declining feature phone market in the short term and the year 2017 is expected to end with a similar volume as last year," noted Navkendar Singh, senior Research Manager, IDC India.