Acer has launched the Predator Triton 700 gaming laptop in India for a price of Rs. 2,99,999. The laptop was earlier unveiled in New York this April at the Next@Acer event. Acer has managed to fit high-end processing power and a powerful GPU in a considerably thin  18.9mm aluminium chassis. The company claims that this reduced thickness is because of its AeroBlade 3D metal fan which increases the airflow by 35 percent while taking up less space within the device. The other major contributing factor for the thickness is Nvidia’s Max-Q technology that the company announced earlier this year.

The laptop houses Nvidia GeForce GTX 1080 GPU with 8 GB of dedicated memory alongside 7th Generation quad-core Intel i7 processors clocked at 2.8o GHz. It packs 32 GB of DDR4 RAM clocked at 2400 MHz alongside a 512 GB SSD in RAID 0 configuration.

Predator Triton 700 comes with 15.6-inch Full HD IPS display with 120 Hz refresh rate. Acer has added Dolby Atmos surround sound with Acer TrueHarmony for improved audio outputs. Triton 700 also comes with Skype for Business Certification. The company has added a large Corning Gorilla Glass plate above the RGB backlit keyboard. The glass plate alongside the AeroBlade 3D Fan and five heat pipes in the laptop serve as the cooling system for the laptop. 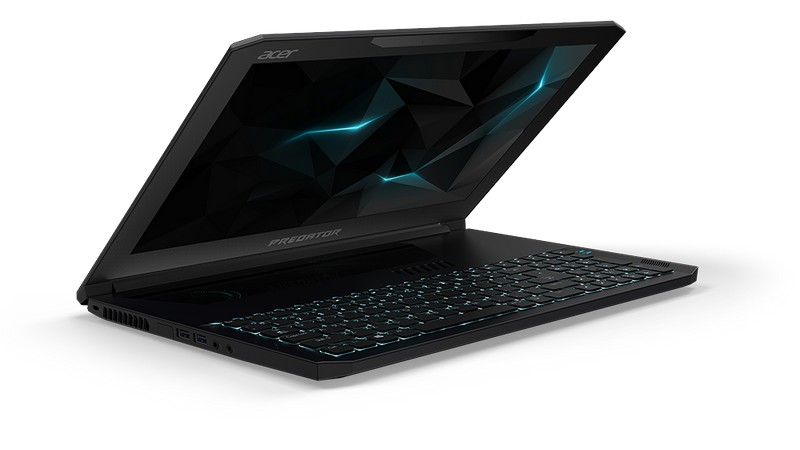 In terms of connectivity the laptop packs a Killer DoubleShot Pro networking and Thunderbolt 3 which offers up to 40 Gbps transfer speeds and supports dual 4K video output. Triton 700 comes with two USB 3.0 ports, one USB 2.0 port, an HDMI port and a Gigabit Ethernet port to ensure that the users don't run out of ports to connect their accessories. The PredatorSense software allows users to customize the laptops configurations like overclocking, lighting, hotkeys and fan control from one place. The Predator Triton 700 is available for purchase in India through Acer Exclusive Stores and authorized online stores. Last but not the least, the laptop is powered by a 4670 mAh Li-ion battery.