On Day 12 of the Aadhaar hearings on 21 February, senior counsel Gopal Subramaniam continued his arguments for the petitioners on the constitutional value of dignity as a facet of the right to life and liberty. The violation of dignity through Aadhaar, and the concepts of a person’s natural identity versus identification by a single means were raised. The petitioners were also asked by the Bench to address the national security and prevention of dissipation of social benefits exceptions to the right to privacy. Lastly, the Bench agreed that a breach of law could not be validated in retrospect.

Reputation and dignity as fundamental rights 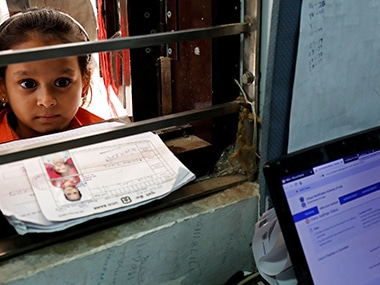 The petitioners first continued with their arguments since Day 11 on dignity as a protected facet of Article 21 of the Constitution, and that Aadhaar was violative of this right to dignity. Previous rulings of the Supreme Court on dignity and the right to reputation were sought to be linked to the Puttaswamy judgment. The Puttaswamy judgment, for instance, had observed that an individual has a right to protect his reputation. This was sought to be linked to judgments like Jeeja Ghosh vs UoI, which ruled that dignity forms a significant facet of the right to life and liberty under Article 21, and Subramaniam Swamy vs UoI, which had ruled that the protection of dignity as a facet of reputation is a fundamental right.

To establish the violation of dignity by the Aadhaar system, the petitioners argued that when a case of impersonation arises, following certain procedures is acceptable. However, subjecting an entire population to those procedures, on the assumption that they all are impersonators, does not meet the requirement of being proportional. The petitioners pointed to the link between justice and fairness, which together lead to dignity. Based on this, they questioned if the Aadhaar Act was fair and just.

Aadhaar objectifies and depersonalizes an individual

Responding to a question by the Bench, the petitioners argued that there are two concepts — of identity and of identification — and it is the former, a person’s natural identity, which is given constitutional value. While a minimal, regulatory identification was acceptable, a single identification under the Aadhaar Act for the purpose of availing rights was not. Such a single, homogenous form of identification, with no alternatives, is per se a violation of dignity.

The Aadhaar Act, they argued, thus objectifies and depersonalizes an individual. A person’s unique identity cannot be established via a number; such an identity is as natural as the life itself. The act of seeking of identification for births, deaths, scholarships and so on is pejorative and an attribution of indignity.

On the ‘prevention of dissipation of social benefits’ exception

The petitioners argued that simply assuming that the poorest of the poor were making ghost cards to pilfer rations is to pass a moral judgement against them. To resolve the issue of pilferage, the perpetrators need to be identified and acted against. It cannot be an excuse for treating every person with indignity.

At this point, it must be recalled that the Puttaswamy judgment had created an exception for the prevention of dissipation of social benefits as a legitimate state purpose, as a reasonable limitation that could be imposed on the right to privacy. On being asked by the Bench to address this issue, the petitioners argued that the key term here was ‘legitimate’, which by its very definition has boundaries. A system with an unbounded or effusive aim like Aadhaar could not have legitimacy of purpose.

The petitioners then returned to arguments on information privacy, arguing that ubiquitous ‘dataveillance’ was the intent and object of the Aadhaar Act. They argued that the Aadhaar Act itself gave evidence of the aggregation of data, such as the permitted collection of metadata under the Aadhaar regulations. Here, the Bench raised the issue of privacy versus national security.

The Puttaswamy judgment had noted that the State has a legitimate interest in monitoring the web to secure the nation against cyberattacks and terrorist activities. The Bench asked the petitioners to address an important article by Posner as quoted in the Puttaswamy judgment, stating that privacy was a terrorist’s ‘best friend’. The article went on to support the government’s ‘compelling need to exploit digitization in defense of national security’.

The petitioners responded to this that there was no application of this article to Aadhaar, since the Aadhaar system was dealing with an entire population, and not with terrorists. Further, the aggregating and profiling of data for various purposes had no nexus with the stated purpose of the Aadhaar Act.

Lastly, the petitioners returned to arguments on Section 59 of the Aadhaar Act, which grants retrospective validity to the acts of the government since 2009, before the passing of the Aadhaar Act. They argued that the violation of a fundamental right cannot be so validated.

The arguments of the petitioners are continuing on 22 February.

Sources of the Arguments: Live Tweeting of the case from the Twitter handles @SFLCin and @prasanna_s, and LiveLaw Reports