The bug is as deadly for your phone as it is silly, and we’re left scratching our heads as to why such bugs are so frequently popping up in Apple’s software

Just last week, Apple announced that the next major iOS update would focus on performance and reliability rather than the introduction of new features. Thank God for that, and macOS had better get the same treatment, because yet another iPhone-crippling bug has been discovered. 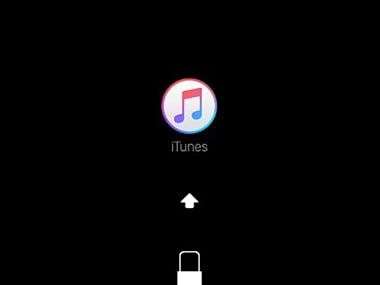 The latest iOS bug can cost you your data

The bug is as deadly for your phone as it is silly, and we’re left scratching our heads as to why such bugs are so frequently popping up in Apple’s software these days.

At the heart of the bug is a Telugu character, Telugu being the native tongue of at least 80 million Indians. If the character is rendered in a text field — when you type it in Messages, or someone sends it to you — that app will crash. Affected apps include Twitter, Messages, WhatsApp, etc.

MobileWorld, the site that first reported the bug, also notes that the bug affects macOS and watchOS as well. In every case, entering the character into a text field of an app causes that app to crash.

Better yet, if you receive a notification that includes that heinous character, Springboard will reset. Springboard is the part of iOS that manages notifications. In some cases, and if you reboot the phone before Springboard resets, your phone will go into a boot loop and refuse to start up.

If your phone is in a boot loop, the only option is to go into DFU mode (Device Firmware Update), wipe the phone, reinstall iOS and hopefully, restore a backup that you were sensible enough to create.

We accidentally tested the bug on one of our iPhones and can confirm that the bug is real and very serious. The character was shared via Telegram Web on a desktop PC, but the notification popped up on an iPhone 8, crashing Springboard and forcing the phone into a boot loop.

The phone is currently being wiped and restored via DFU.

2. Connect the phone to a Mac or PC via the Lightning cable

5. If done correctly, the phone’s screen will still remain blank and iTunes will indicate that it has detected a phone in recovery mode.

6. At this point you have no option but to hit “Restore iPhone” and then “Restore and update”.

7. iTunes will download the necessary software update, wipe your phone and then restore it. Following this, setup your phone afresh and restore a backup that you’ve hopefully created.

If you don’t have a backup, your data is lost forever.

MobileWorld confirms that Apple is aware of the bug because it is not present in the iOS 11.3 beta.

For obvious reasons, we are not going to share the special character here.

If you're paranoid about security or simply don't trust your friends, the best option right now is to first take a backup, then disable all notifications till Apple decides to patch the bug.